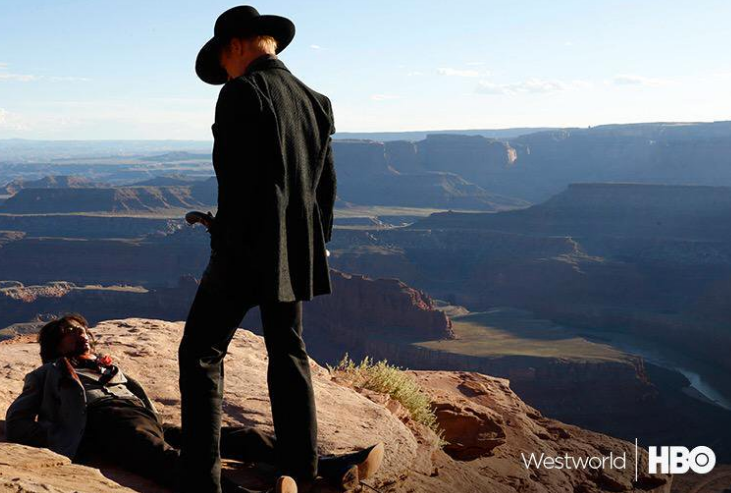 Westworld‘s intriguing new teaser trailer, released before Game of Thrones last night, is certainly a tease. While the original film was set in a futuristic attraction full of robotic brothels and malfunctioning gunfighters, Westworld the series is populated by sentient artificial intelligence (and possibly set in virtual reality). It has been called “a dark odyssey about the dawn of artificial consciousness and the future of sin” by The Hollywood Reporter.

Anthony Hopkins plays the genius at the helm of this digital Dodge City, and it looks like he will not be as adorable as Richard Attenborough’s grandfatherly architect of Jurassic Park. This is familiar territory for EP Jonathan Nolan, who has co-written and contributed to reality challenging films like Memento, Interstellar, and Terminator Salvation. Nolan and fellow Westworld executive J.J. Abrams previously collaborated on the series Person of Interest, with its own elements of artificial consciousness.