Don't build it on the mountain 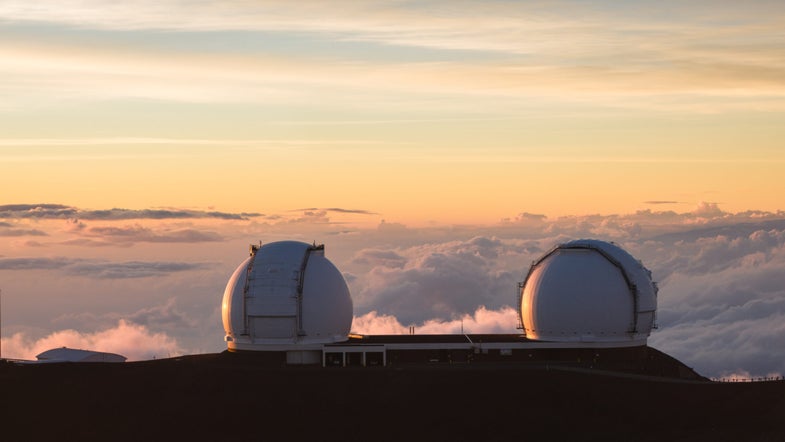 Since Mauna Kea was selected as the location for the Thirty-Meter Telescope (TMT) in 2009, the project has been dogged with controversy. Mauna Kea is a sacred place in Hawaiian culture, and though many other telescopes are already situated atop the mountain, the building of yet another huge structure atop a holy place was too much for activists.

Protests at the building site halted construction starting in April of this year, cyberattacks targeted the TMT’s website, and activist groups challenged the project in Hawaiian courts. Now those courts have reached a decision. In a decision announced yesterday, the court determined that the board issuing the construction permit had done so improperly, issuing the permit before opponents could bring forth their side of the case.

Henry Yang, chair of the board of theThirty-Meter Telescope issued this statement: “We thank the Hawaii Supreme Court for the timely ruling and we respect their decision. TMT will follow the process set forth by the state, as we always have. We are assessing our next steps on the way forward. We appreciate and thank the people of Hawaii and our supporters from these last eight-plus years.”