Y'all gotta stop doing this 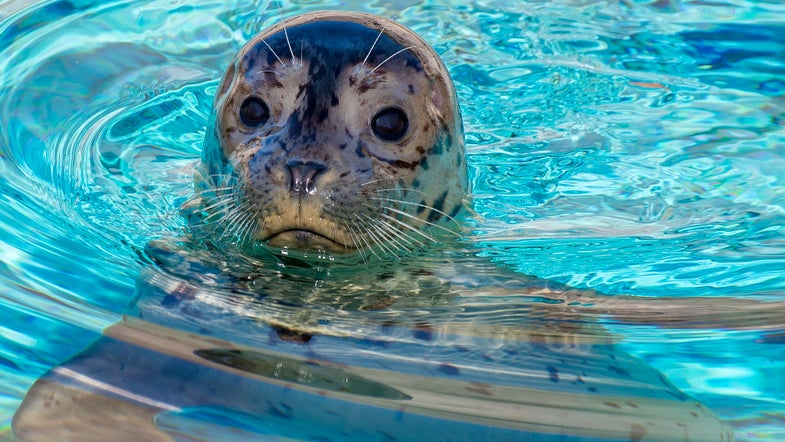 A harbor seal pup died after a beachgoer in Westport, Wash. took it home in a tote bag, spurring new efforts from the NOAA to caution against interacting with wild animals.

The pup-abductor thought it was abandoned by its mother, so she took it upon herself to load it up into a bag labeled “Local Impact” and take it home. When she realized she had no idea how to care for a harbor seal, she called the Westport Aquarium for help. When they arrived, the pup was so stressed and unresponsive that it had to be euthanized.

In Garibaldi, Ore., a couple found a seal pup and assumed it was abandoned. They took it home and put it in their shower. Officials later returned it to the beach, but it was found dead the next day.

At least five times this season, officials have had to intervene when Oregon and Washington beachgoers illegally picked up seal pups. It’s against federal law to disturb seals and sea lions, according to the NOAA, and it’s common for seal mothers to leave their offspring unattended for hours while they hunt. The “No Selfies With Seals” campaign urges people to resist the impulse to get that perfect #beachday Insta and stay at least 150 feet from wildlife.

This comes shortly after a tourist put a baby bison in an SUV in Yellowstone National Park, thus covering it with people-smells and making it impossible to return to the herd.

“The best chance [wildlife] has to survive is to stay wild,” Kristin Wilkinson, NOAA’s regional stranding coordinator, told the Times-Standard — not in your shower, seriously.