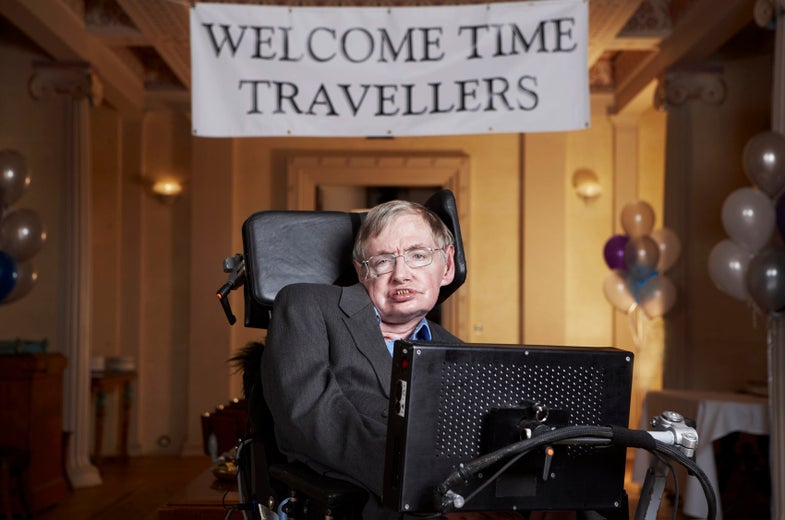 When you want to write a haiku for Stephen Hawking, where do you start? The guy is one of the greatest scientific minds of modern times. He discovered that, contrary to popular belief, some stuff can escape a black hole. That ‘stuff’ is now called Hawking radiation. He united quantum mechanics (the laws that govern tiny particles) with general relativity (the laws that govern very big things, like galaxies) into one “theory of everything”. He wrote A Brief History of Time, one of the best-selling science books ever. He’s guest-starred on The Simpsons, Star Trek: The Next Generation, and The Big Bang Theory. He’s even written for your favorite magazine, Popular Science.

A guy like that deserves some pretty awesome poetry on his birthday. Unfortunately, it turns out it’s hard to fit terms like “Hawking radiation” and “gravitational singularity” into a haiku. Here are the best we could come up with.

For something more eloquent, check out the video below, in which Neil deGrasse Tyson explains Hawking radiation.