Is ‘Hamilton’ The Musical The Most Addicting Album Ever?

Why you can't get the show tunes out of your head 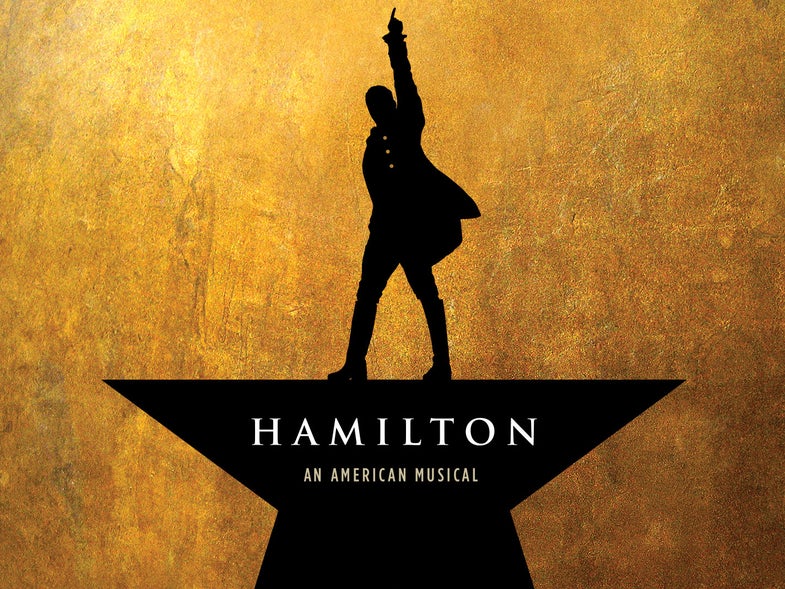 Hamilton fans will be the first to tell you that the hit Broadway musical’s score, with music and lyrics by MacArthur winner Lin-Manuel Miranda, and orchestrations by Alex Lacamoire, is pretty darn near perfect. And their praise doesn’t just exist in a vacuum — the Hamilton Original Broadway Cast Recording is the first Broadway cast album to ever hit #1 on the Billboard Rap Album chart.

And the magazine gave Hamilton its first five-star rating, making it the first album to ever receive a Billboard perfect score.

But those same Hamilfans might still be puzzled as to why they’ve been listening to the album non-stop since its release this past September.

If you’re a diehard, you’ve probably played the 2 hour and 22 minute-long recording more times than you can count — and you have yet to take a break.

Does this mean that Hamilton is a legitimately addictive piece of music? Can you say no to this, or will you be back, like before, popping in your earbuds because you will never be satisfied?

“If you can figure it out, let me know,” says Tim Latham, the mixing artist who worked not only on Hamilton, but also on In the Heights, Miranda’s previous Tony award and Grammy award-winning musical.

“The best way to describe my job would be to make sure that the story translates,” explains Latham. “I make sure that every note played by every instrument, every word, every syllable sung, is articulated in a way that is heard.”

It was a laborious process. The majority of cast recordings are done within a few days; Hamilton took “roughly 34 days” to complete, and with the cutoff for the 2016 Grammy awards looming, Atlantic Records had a very specific deadline the label needed to hit. The amount of extra time they were able to put into the recording is literally audible.

“It is a very dense record,” Latham said, “and it does require multiple listenings to absorb the whole thing.”

But is that why we’re spending so much time with this album? There’s no doubt one reason I’ve listened to Hamilton multiple times was to fully hear each individual aspect of the recording. Sometimes I focus on the lyrics, other sessions on the orchestration. But anyone who knows Hamilton knows there is something else involved.

“Addictiveness relies on being compelled to repeat something which creates a response,” says musicologist Thomas Peach, whose work focuses on musical theater. “We are repeating music not only for its musical value, but to re-live physical and emotional responses which accompany it.”

In other words: this is why you cry every time you listen to Eliza show her husband what she’s proudest of. It’s also why gyms have introduced Hamilton-themed workouts, using tracks like “My Shot” and “Non-Stop” to inspire people to be their best selves. If Hamilton could write 51 Federalist Papers, you can do one more tabata.

With Hamilton, we not only get to re-live these physical and emotional responses — we also get to create new ones. Hamilton is a uniquely participatory musical, inspiring countless fan videos, fan art, and online conversations — and although the social media has helped spread the Hamilton love, you can’t say that the soundtrack has become a participatory piece of culture simply because social media exists. You can, however, draw a direct connection between the musical’s social elements and the number of people hitting “play” on the cast album.

“I’ve seen Vines of people being the entire cast,” says Latham. “All of the vocals. It’s just amazing.”

I asked Latham if he thought there were any technical aspects of the recording that made it particularly addictive. He cited two factors that might go unnoticed by even the most obsessive of listeners: dynamics and tempo.

“My job was to make sure the emotional impact of the story got translated, and a big part of that was the dynamics,” says the mixer. Many albums don’t have a lot of dynamic variation, but Hamilton‘s dynamic range is one more reason why it continuously holds our interest. “If everything was the same volume from the beginning of the song to the end of the song, I’d find it tiresome to listen to,” he says. “It’d be like watching an action movie where the action scene was edited at the same pace as the prelude to the action.”

Hamilton also uses tempo in a way that we don’t hear much anymore. According to Latham, “A lot of popular music is one tempo from the beginning of the song to the end of the song, and it doesn’t vary by a fraction of a second. Everything is on a grid.” Every Hamilton song has subtle variations. If this surprises you, load up a metronome app on your smartphone and test it for yourself.

Hamilton has turned the music world upside down, and for good reason.

“Musically, Hamilton fuses a base of rap and hip-hop with traditional musical theatre conventions and musical styles to create a new American songbook, diverse and rich,” claims Peach. “I think that particularly for American listeners, listening to the story of Alexander Hamilton unfold with familiar dialects and musical sounds is a powerful tool for reconnecting with heritage and one which people feel compelled to repeat.”

If you worry that you’re going to eventually hear everything there is to hear on the Hamilton Original Cast Album, just you wait — there’s a possible karaoke version coming soon, as well as an annotated libretto. What comes next? New casts, new cities, new interpretations of songs and characters, and many more reasons to keep listening.