Technology has provided some of this campaign's best moments. Also, some of the worst 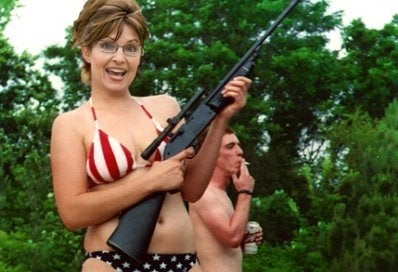 Just as the 1960 election was the first to be truly shaped by the television medium, this year’s presidential throwdown will go down as the first that was undeniably shaped, and perhaps even decided, by technology. From the very beginning, the news media, the pundits, the public, and the candidates themselves have engaged tech in ways and to levels that simply weren’t possible before now. As a technology enthusiast, it’s been thrilling to see things like blogs, widgets, Twitter feeds, Facebook, and text messaging enter the mainstream political lexicon. And while there are plenty of examples of tech being used in good ways during this historic contest, there’s also been a great deal of misuse. Here are the 10 worst moments of tech from the 2008 election.

Ever since the primaries, CNN viewers have had to suffer the indignity of watching Wolf Blitzer, John King and friends awkwardly fumble around with the network’s new supersized touchscreens, succeeding only in showing us all how hopelessly out of touch they are with modern gadgetry. Seriously, it’s like watching Abe Vigoda try to operate an iPhone. As SNL’s Fred Armisen so hilariously demonstrated in a recent “Weekend Update” sketch, the technology is being used only to distract viewers from a general lack of anything interesting to report.

Not content to let the Dems garner all of the tech cred for their invention of the Internet, John McCain’s top economic honcho dropped a real doozy earlier this year when he held up his BlackBerry during a press conference and proclaimed, “You’re looking at the miracle John McCain helped create.” While that would certainly be quite the feat for a guy who was all but unaware of the Internet until a few short months ago, McCain later hung his man out to dry by calling his remark a “boneheaded joke.”

Even if you prefer Tina Fey’s bumbling impersonation to the real thing, you had to feel bad for Sarah Palin when her personal email account was hacked into. Yeah, she probably shouldn’t have been using a free Yahoo address to conduct official state business, but imagine how absolutely mortifying it must have been for her to wake up on September 16th and throw on her red power suit, only to discover that her private photos and messages had become chum for the morning news sharks. Folks just aren’t as nice on the Internet as they are in Alaska. 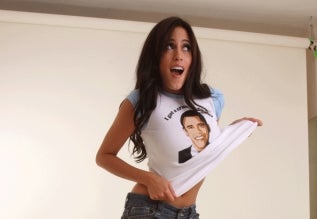 Someone please tell this meme that the joke is over. In fact, it fizzled out almost immediately after the release of the first, admittedly funny, Obama Girl video way back in June 2007. That’s when we discovered that the YouTube songstress was nothing more than a pretty face lip-syncing lines fed to her by an ad exec. Still, that hasn’t stopped model Amber Lee Ettinger and her puppet master from cranking out more than 30 election-themed videos, each progressively more horrible than the last. Not tired of her yet? Come election night, you can join Obama Girl at the New York City club Haven for an all-night celebration of the democratic process… just don’t forget to vote first.

Attack of the Robocalls

You may remember that last month, the McCain campaign blanketed parts of the country with automated phone calls that accused Barack Obama of breaking bread with domestic terrorists. Well, only a man who’s never used email in his life could ever think that telephone spam was an effective way of rallying support. Voting for McCain/Palin on the basis of that phone call is like sending your Social Security number and bank account details to the deposed Nigerian prince who keeps emailing you and everyone you know: not the most informed decision you could ever make.

No candidate in history has leveraged the power of technology more skillfully than Obama, but that whole business of using SMS to announce his Vice-Presidential running mate was utterly pointless, and a little too self-congratulatory for my taste. It was a classic example of technology being used solely for the sake of later saying, “I did it first.” Did what, exactly? Allowed CNN to scoop you and break Hillary’s heart a full two hours and 18 minutes before your official text message went out? Whoopty-doo.

Poor John McCain. His first day behind the wheel of a computer, and his new Internet-only ad turns and bites him in the keister. After the ad tastelessly compared Barack Obama to brainless trainwrecks Paris Hilton and Britney Spears, comedy site FunnyOrDie.com released its own ad starring none other than Ms. Hilton herself, in which she referred to McCain as “that wrinkly old dude.” Ouch. What’s the deal with Internet-only ads anyway? Are these the ones the candidates are secretly unsure of, but figure putting them out on the Internet is like not really putting them out at all? How naïve. 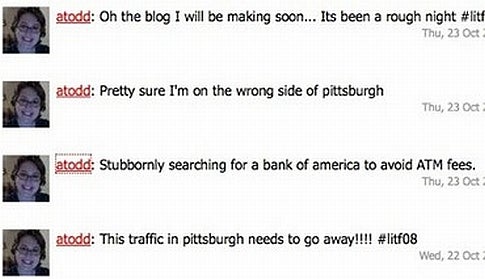 Though the full story of what exactly happened still isn’t clear, the Ashley Todd incident has left a black eye, not just on the McCain volunteer’s own swollen, self-mutilated face, but on this entire election. What we do know is that Todd was feverishly pecking away on Twitter right up until the fake attack, her last updates reading, “Stubbornly searching for a bank of america to avoid ATM fees. Pretty sure I’m on the wrong side of Pittsburgh.” That’s just moments before she allegedly socked herself in the face, carved a ‘B’ into her own cheek and then blamed an African-American Obama supporter for the whole thing. She may be too much of a dolt to remember that letters appear backwards when you’re writing in a mirror, but using Twitter to establish an alibi/cover story? That’s a new one.

Ghost in the Machine

The ghosts of 2000 didn’t even to wait for Halloween to start scaring the democracy right out of us again. They began haunting polling centers as early as last week, when 29 states officially kicked off early voting. Like some kind of orchestrated poltergeist in our political system, the new high-tech touchscreen voting machines immediately began breaking down, and in some cases actually casting the wrong votes. It got so bad in Florida that the state went back to paper ballots. In Georgia voting locations, computers accessing the state’s voter database crashed, forcing early birds to wait for hours in line to get their worm. According to a CNN poll, 42 percent of folks polled in the aftermath of this national tech disaster are not confident that their votes will even be counted. November 4 is shaping up to be quite a fright night.

The Right to Bare All

Given the few details we actually knew about Sarah Palin at the time a faked photo of her surfaced, I can’t say I doubted its authenticity in the least. After all, she was once a beauty queen, she loves America and guns, and she’s in great shape for a mother of five. Other than that, I knew nothing else about her, and so the rifle, the Old Glory bikini and the redneck drinking Schlitz in the background didn’t seem so far-fetched. I think that’s why this cut-and-paste job caused such a stir on the Web…it was plausible. Of course, now that I know it’s a fake, I’m embarrassed I bought into it. A woman is running for the second-highest office in the nation, and I’m easily fooled into seeing her as a sex object before seeing her as a politician. Shame on me.