The Grouse finally comes out and says it: When did the Internet get so damn pricey? 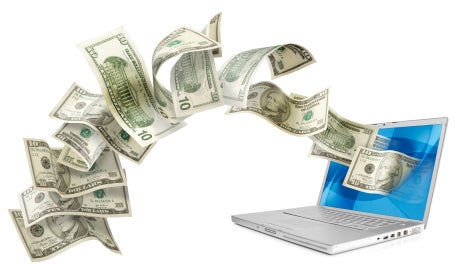 Despite the economic flogging we’re trying our best not to think about, most of us don’t bat an eye when shelling out that monthly 50-plus bucks for Internet access. I guess that’s a testament to how deeply integrated into our lives the Web has become in just the last few years. Between my home Internet service from Time Warner and my data plan from Verizon Wireless, I’m paying about $80 per month to get online. If I travel, I pay T-Mobile et al. another toll to browse in the airport terminal and then I usually end up paying someone else for Internet access once I’m in my hotel room. When all is said and done, I cough up $100 or more per month to get online.

I don’t know about you, but that seems like a lot of bread these days.

Back in the heyday of late-’90s dial-up, forking over $100 per month for the Internet would have been laughable. I paid $20 for AOL, which at 56K was as good as it got at home (more or less). A decade later, it costs five times that amount. Why?

The answer is a combination of things, one being the proliferation of access points. I no longer have to be at home in front of my PC to get online—I can get there anywhere I’ve got bars or a Wi-Fi signal. On one hand, this is a privilege I’m willing to pay extra for. On the other hand, ten years ago I wasn’t expected to be checking email every waking second of the day.

The other reason is that broadband providers are keeping prices artificially high because they can. The only reason I ever agreed to pay $50 per month for broadband was because it was a luxury item at the time. I switched over to cable in 2000, which was a big year for broadband. By the end of that summer, the number of U.S. households with broadband Internet access had rocketed from less then five percent to about 30 percent. I was flying first class on the Web, and more than happy to pay the premium for it.

But now, half of all U.S. households are broadband-equipped. Broadband is no longer a luxury; it’s the standard. If you think I’m overstating things, try visiting any one of today’s most popular websites on a dial-up connection and you’ll arrive at the inevitable conclusion that the Web is no longer built for 56K modems.

So, if broadband is now the standard, why are we all still paying luxury prices for it?

Well, I’m no economist, so I called one. According to economics professor Shane Greenstein of Northwestern’s Kellogg School of Management, $40-$50 was the monthly price cable and DSL providers came up with in those build-out years in order to subsidize the sprawl of their infrastructures. They figured the rollout would cost them about $1,000 per household, but that only a third of households in a given neighborhood would adopt. By charging $40-$50 per month for service, the investment would pay for itself in a few years.

“Well, they’re not building out anymore,” Greenstein says. “Adoption has slowed because the market is saturated. It no longer costs the cable company $40 per month to support and maintain a line. I can’t imagine it costs more than a couple of bucks, which is a pretty good margin.”

Prices have remained high because we’re willing to pay them and, until FiOS snakes its way onto your block, there’s nowhere else to go except down. DSL is a downgrade from cable and Wi-Max is a pipe dream for the time being. Satellite Internet access? A joke. A wireless laptop card from your mobile provider? Read the fine print. Verizon Wireless, at least, reserves the right to cap your bandwidth at a not-so-blazing 200 Kbps.

And what about FiOS? When I first heard that Verizon’s fiber lines were (hopefully someday) coming to my neighborhood, I was ecstatic. It’s a win-win situation. Even if I don’t sign up for FiOS, my cable Internet bill is bound to drop in the face competition, right? Not so fast. “It’s a cozy competitive situation.” Greenstein says. “Why would the cable company initiate a price war with the telephone company and vice versa? They both lose. If anything, they’ll offer little discounts to new customers for the first few months and then hold onto them after that since it’s a pain to switch.”

Before you tell me to go back to 56K and to scrap my data plan, I implore you to be realistic. I’m talking about affordable access to what’s become the standard of Internet connectivity expected of a working professional in this country. Unfortunately, that’s only going to get more and more expensive in the years to come. Access points will continue to multiply, which means more opportunities to plunk down the credit card to get online. American Airlines’ mile-high Wi-Fi, for example, goes for $12.95 a pop. And, who knows where and how we’ll be accessing the Internet in the future? As for at-home broadband, I’m willing to bet we see the same thing happen with FiOS and eventually Wi-Max that happened with cable and DSL. We’ll grow accustomed to paying higher prices for the luxury of these improved services. But once that level of service becomes the standard, so too will the inflated price tag.