The Greening of Greening 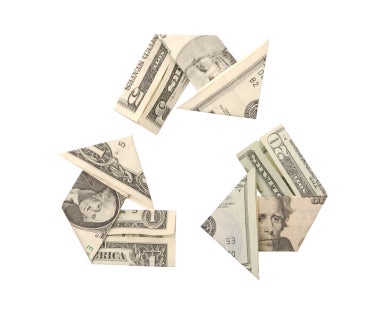 Depending on who you talk to, it seems I’m either a wretched wastrel polluter on par with some smoke spewing Linfen factory, or I’m a Rainbow Warrior mincing around in hemp sandals looking for a tree to embrace. I’m speaking of my carbon footprint naturally: the rough calculation of how my lifestyle impacts the Earth. With our planet’s health constantly in debate these days—is the atmosphere really warming, and if so is that actually bad, and if so is it our fault, and if so can we do anything about it?—I was curious to see how I chalked up and consulted several of the various calculators found online. Putting in the numbers, the completely contradictory estimates nicely reflect the murkiness of the debate we’re currently in. It also calls into question the budding market for carbon offsets—the process of hedging your environmental impact by putting money into environmentally sound resources.

For the uninitiated, a carbon footprint calculator asks you to input facts about your lifestyle, usually with emphasis on driving habits, air travel, utility usage and so forth, and then pops out a number telling you the amount of carbon dioxide you produce per year versus the national and international averages. Nifty right? Several of them then suggest practical and novel ways to cut down, but a few also offer links to sites that let you buy carbon offsets to mitigate your personal environmental impact. Which for me is where it starts to get rather dicey.

I recently heard a public figure quip that, whether global warming is true or a myth, it certainly doesn’t hurt things to try and live a little more responsibly, and I agree. Without taking sides either way on the debate then, that’s my bias. In terms of my lifestyle, I’m a city dweller, live in an apartment building, don’t own a car, largely take public transit, recycle paper, plastic, glass and metal (it’s mandatory) and have taken a few modest green steps like switching (most) of my light bulbs to CFLs.

Based on that information, one would assume—I did anyway—that I’d come up aces in the carbon footprint acid test. And if you consult the EPA’s website, or safeclimate.com, I am indeed a pretty cool customer, as it were, producing between 7,000 and 11,000 pounds of carbon dioxide per year. Booyah! Head over to natureconservancy.com or Yahoo’s green.yahoo.com, and suddenly the picture isn’t so rosy (or green); I’m up to some 24 to 28,000 pounds, well above what they say is the national average. Huh. Carbonfootprint.com on the other hand says I produce a remarkably precise 8.543 tons—about 17,000 pounds, but well below the national average they claim is about 41,000 pounds. Booyah again!

After hitting 10 such of these calculators, not one of them came within a ton of any of the others in estimating my impact—in fact none of them could even get close to each other on what the national average even is. Something is amiss. Okay, I understand they’re only supposed to be rough estimates, and granted they do use different methods for making calculations, and some go deeper into “secondary” information like food types (local or foreign; organic or industrial), total miles of airline travel instead of estimates, and so on. That’s all well and good, but the range of these estimates is so extraordinarily off, from 7,000 to 28,000 pounds, with such an even distribution between them as to be pretty useless and call into question the underlying math behind it all. Why does it matter you may ask? Precisely because if we can’t agree on this most basic of data from the get-go, we can’t very well agree to the terms of the debate—and in the case of carbon offsets, to a solution. Depending on which of the calculators you consult, it would cost me anywhere from $120 a year up to $340 or more, assuming those calculations are anywhere near correct. It doesn’t give one much confidence.

My other problem with carbon offsets is a philosophical one. I know that economists much smarter than I have vetted the concept and given it a thumbs up, but in the end I still find it a deeply, cynically pragmatic solution. Economists aren’t ethicists, and it strikes me as offensive and wrong that large multinational corporations are allowed to buy carbon offsets—effectively a license to pollute at a price—instead of doing business responsibly, and so I find it atrocious to bring such compromise down to the personal level as well. I understand that’s a romantic notion and in some intractable situations sometimes the ends justify the means. But as an analogy, many states require that the government function within a balanced budget, whereas others, including our federal government, dispense with that idea and live in the red at our collective peril. Carbon offsets are essentially the same thing. The lesson for the market, and the individual, then is to conduct business as atrociously as you like in the short term, as long as you can afford it. Shouldn’t we instead opt to live within our environmental budget?

Hit the comments section if you can enlighten me as to where I went wrong in my calculations, or better yet, if you have a viable argument for carbon offsets that accounts for bad math and terrible ethics.