A Cure for Subscription Fatigue

Tired of Internet providers constantly jacking up the price? Who says you have to take it? 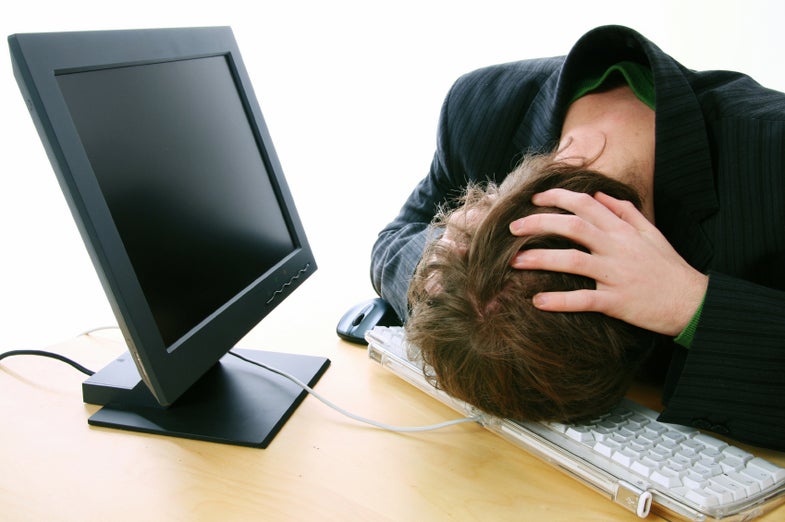 Perusing my cable/Internet bill this month from my local de facto monopoly, I picked my jaw off the floor and found myself on the horns of an ethical dilemma: To be a bandwidth thief, or not to be? That is indeed the question, as the fleetfooted Roadrunner has once again jacked prices through the stratosphere, leaving us folk on terra firma scratching our heads. The deal is, I get the same TV channels, and less bandwidth, but for more money. Genius! Tallying the rest of my monthly bills up against my humble paycheck, I started to get queasy, lightheaded and tired, and then I realized what it was. I’ve got a full-blown case of Subscription Fatigue.

For me, what seems odd is how the most disposable of “utility” services somehow have the biggest cojones when it comes to raising the rent. I can’t easily do without heat, water, electricity and some form of telecommunication, be it wireless or wired. But cable and Internet? Fellas, please. I’ve been pushed enough, and now I’m ready to smack back at these greedy Guses.

Look at the larger picture. We’re now a decade-plus into widespread home Internet usage, and if you recall the early dial-up days—and the stacks of AOL CDs clogging your mailbox—many of us once got Internet access on a minutes-of-use-per-month scheme. The advent of broadband basically doubled prices, but introduced the concepts of always-on access and unlimited use. “Unlimited” has quite an appealing ring to it, and so adoption rates at set prices have skyrocketed.

However, I think we’ve actually been conned in the process, on a few fronts, and we’re all in need of an attitude adjustment. It’s worth noting that, like it or not, the broadband revolution was paid for on the backs of taxpayers in the form of billions and billions of dollars of annual tax breaks to the big cable and telcos based in part on the promise of cheap, high-speed Internet (one example sited was the promise of a standard broadband service of 45 Mbps by 2010. Anyone getting that yet? Anyone? Bueller?). The result is that the US does indeed now have the largest broadband market in the world with some 66.2 million subscribers. Yet, defying logic, we also are among the highest-paying customers for some of the slowest speeds. In plain terms, why in Sam Hill are we paying an average of $49 a month for 1.9 Mbps downstream, when in Japan they get 100 Mbps for $55? Add to this the fact that many of us now have pricey data plans on our phones and other portable devices, and we’re hitting close to three figures monthly for internet access that is a comparative 98-pound weakling to the rest of the first world (and some of the third world too).

I certainly understand that you have to pay to play, but I think there’s an inequity in the formula—theoretically, I’m paying the same to use my “high speed” (snort) connection for a couple hours a day as the kid torrenting 40 gigs of pirated movies a month next door (and the statistics back that up—just 5 percent of users account for about 44 percent of bandwidth usage). They no longer offer a pay-as-you-go option (just like I can’t pick what TV channels I want to pay for with cable). So this particular consumer feels like he’s paying far too much for the pleasure of bandwidth, and a few times too often at that.

So I’m opting out.

When Time Warner/Roadrunner upped my Internet and cable TV ante, I initially dropped my monthly Internet plan to the lowest they offer, 786kbps for $30, mostly out of some misplaced sense of civic duty. I may dress like a buccaneer, but I’m no pirate, friend. I believe in paying a fair price for good products. But then I sampled my downgraded service and found it pokey, and incapable of playing even web video without stuttering. I promptly unplugged my modem and marched over to my neighbor—a small local eatery—to ask permission to pick up their unlocked network, one of two dozen Wi-Fi network signals my PC picks up. There are broad swathes of my city bathed in free Internet access now anyway, and so after considering all of the above, I’ll be canceling my plan outright. That’s right—you got greedy, Cable Guys, and now you got bupkus.

While I’m in a thrifty mood, I’m also considering other methods of consolidation. I’m looking into making or buying a standalone DVR—the 150 bucks it’ll cost is paid for in about a year of renting Time Warner’s craptastic DVR anyway. I’m also cutting my home phone service to boot, and checking out something like T-Mobile’s Hotspot at Home, which lets you use your cell phone over your home Wi-Fi network, saving minutes and killing the two proverbial birds with the same stone. All in all, between the clipped phone, Internet and cable rental fees, I figure I’ll be saving close to $2,000 a year. That seems fair to me.

So what other miserly schemes am I missing, and has anyone worked out an ideal setup—a combo of hardware and service you can live with? Hit the comments for suggestions.