He designs nanomaterials with outrageous abilities 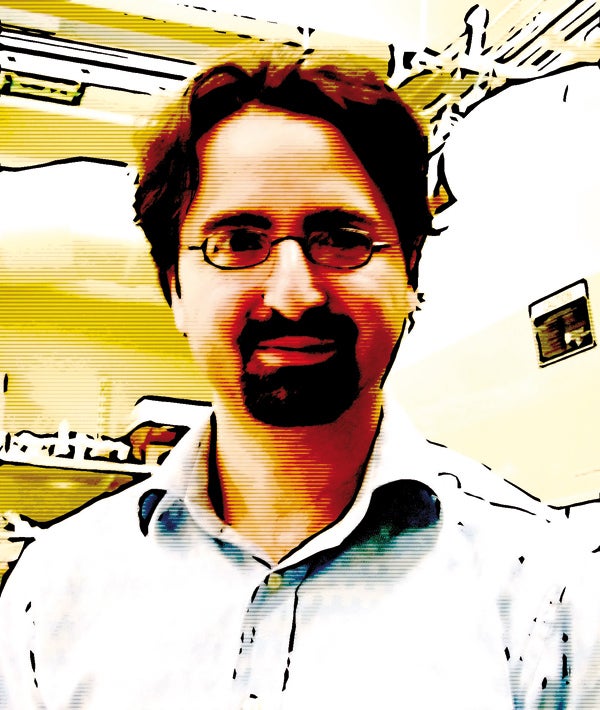 Earlier this year, Francesco Stellacci announced that his group had developed a material that can suck 20 times its weight in oil out of a sample of water. The material could be used to clean up massive crude spills, and chemist Joerg Lahann of the University of Michigan called the work a blueprint for scientists who hope to design nanomaterials that protect the environment. Yet Stellacci doesn’t consider this his best work. He’s excited about tricking cells.

Stellacci’s first major step came in 2003, when he created a peculiar coating for metallic nanoparticles. He had been wondering what would happen if hydrophilic, or water-loving, molecules, and their opposites, hydrophobes, were stuck together on the surface of a nanosize sphere. So he ran an experiment and found that the molecules self-organized into alternating stripes, like lines of latitude on a globe. A belt of tiny, spherical hydrophilic molecules sat atop a band of hydrophobes, and so on from top to bottom.

These stripes are not only aesthetically attractive, they gave his particles new properties. Typically, when materials try to enter a cell, they either get swallowed up and spat out, or they damage it by poking a hole in its membrane. But Stellacci’s striped nanoparticles slipped right in. “The cell has a security system,” he says, “and somehow my particles trick it.”

He hasn’t figured out how this works, but he has shown that the particles could improve drug delivery by giving molecules safe passage into cells. This finding, along with the oil-absorbing material and a new genetic testing technique he developed, has his contemporaries buzzing. “From time to time you see those big leaps in science,” Lahann says. “Francesco is one of those people who has taken several big leaps.”