He peers into the most mysterious materials using home-built, one-of-a-kind microscopes 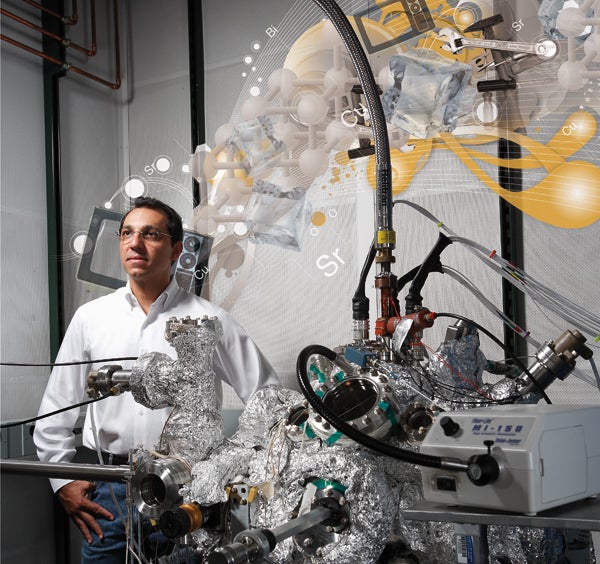 Yazdani started his professional life as a 14-year-old learning to repair television sets in pre-revolution Iran, but after he emigrated to the U.S., a class in quantum mechanics pulled him into science. Today, the desk-size scanning tunneling microscopes that he builds can cool a sample to just above absolute zero, seal it in a near-perfect vacuum, and block the faintest noises—seismic rumblings, cars driving past outside, even cellphone signals. As a result, he can continuously track single atoms for months at a time.

Recently, Yazdani focused on a peculiar class of superconductors, materials that allow electricity to flow without resistance. Normal superconductors work only below –400°F, so they’re not very practical. Some superconductors function at higher temperatures—warm enough to reach with common liquid nitrogen—but scientists haven’t been able to figure out how they work. So Yazdani tracked individual atoms in the high-temperature superconductors while alternately cooling and heating them. He watched the transition as superconductivity switched on and off.

In doing so, he poked a few holes in the common theories, but he also picked up on an unexpected phenomenon. Tiny hotspots of superconductivity pop up at temperatures far higher than the normal transition point. This suggests that it may be possible to create materials just with these puddles, according to physicist Jochen Mannhart of the University of Augsburg in Germany. “One can dream about superconductors that work at room temperature, and his work may be important for that,” Mannhart says. Yazdani is reluctant to talk about the potential applications of his finding—super-efficient power grids, for one—but he’s not surprised that his tools uncovered it. “If you can measure something that nobody else has measured before,” he says, “you’re going to make a contribution.”