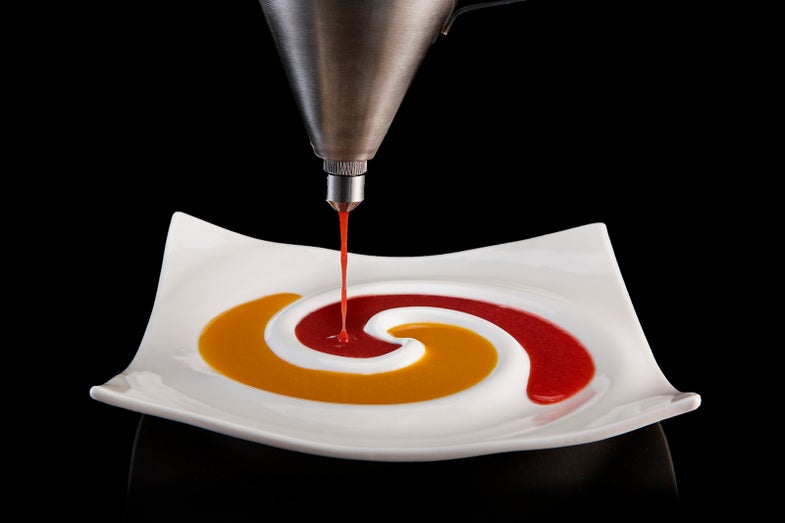 When many of us first heard about gravitational waves and saw Robert Hurt’s dramatic depiction of those undulations in the fabric of spacetime caused by the mammoth collision of a pair of black holes, we were awed. Nathan Myhrvold, the polymath behind Modernist Cuisine, was awed, but he was inspired as well. To make a soup bowl.

The twin spiral grooves formed by the waves, Myhrvold perceived, could hold two different but complementary soups in the same bowl, twined together in tasty tribute to the curvature of spacetime. Myhrvold’s vast kitchen lab has a CNC milling machine (among a number of other conveniences) so it was quite simple to fire up Mathematica, model the Hurt art in 3D, carve it out of aluminum, and cast a mold which potter Wally Bivins then used to form the bowls. You can read more about the process here.

The idea for the bowls first came in 2014, when rumors about the waves were propagating around the internet, but they have never been as appetizing as now.