Gorgeous Hubble Picture Shows The Heart Of The Crab Nebula 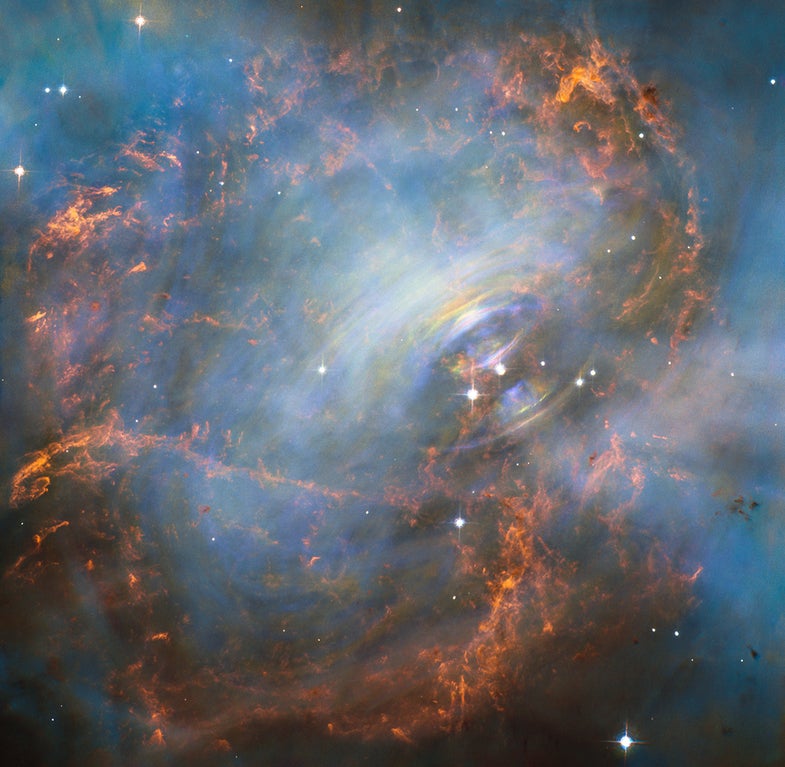 NASA released this composite image last week of the Crab Nebula, which is 6,500 light years away from Earth in the constellation Taurus.

See the two bright dots at the center of the picture? The dot on the right is a neutron star, a tiny body only a few miles across, but with the mass of 1.4 suns. The resulting dense object is believed to be 10 billion times stronger than steel. The neutron star spins about 30 times a second, releasing a pulse of energy that researchers can detect. The pulsing was first detected in 1968, and led to the study of a new class of astronomical objects called pulsars.

You might have heard of the Crab Nebula before. Back in 2011, researchers detected the largest known gamma ray burst ever seen. But researchers have been studying it for much longer. The crab nebula was first described by early astronomers in China in the year 1054, when they observed a supernova in that part of the sky. The Crab Nebula and it’s pulsar are believed to be remnants of that stellar explosion.