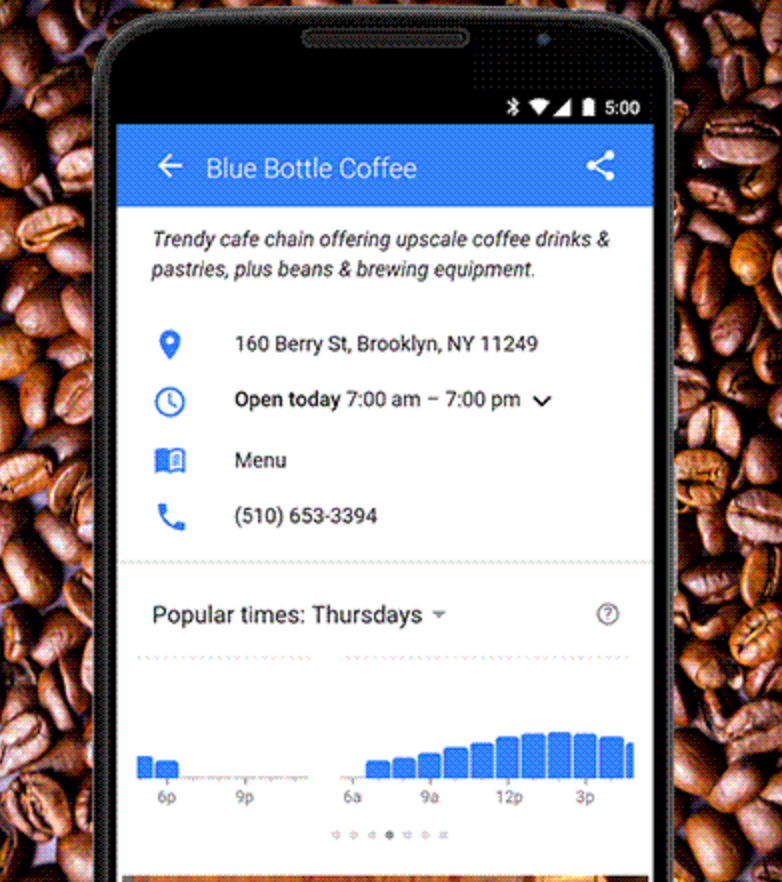 It’s lunch time and you’re hungry. You can now check Google to not only find food near you, but also how busy each restaurant is.

Google today announced a new feature to its business listings that shows what peak times are at each business. Google doesn’t say how the data was generated, but it’s likely they’re using location data pulled from Android phones to determine how many people are gathered at a certain time. (Google protip: Don’t go to the gym after work Monday.)

Google has been long criticized for its use of user data, especially how it tracks and uses location information. In 2009, Google wrote a blog post called “The bright side of sitting in traffic,” which explains how Android phones are able to calculate road congestion based on anonymized information sent from those idling on the freeway.

People hate waiting in lines, notoriously at the airport and other urban environments. Google CEO Larry Page has already expressed interest in building better airports, and this new use of data indicates opportunity for innovation there.

For now, though, we’ll have to settle for the coffee shop and the gym.