This is going to change your GIF game forever 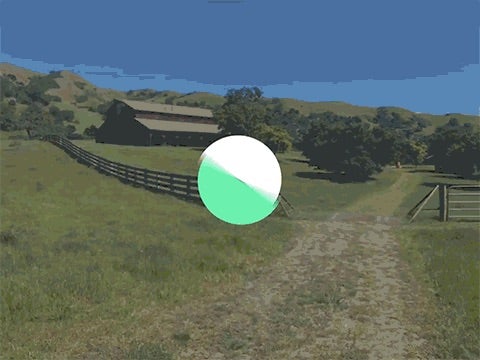 There’s a new way to quickly create smooth GIFs from your iPhone photos: an app called Motion Stills. But the really crazy thing is the company that made it: Google.

Yes that’s right: this is an iPhone app created by Google to allow you to make better GIFs, when Apple still doesn’t have a native GIF-making app of its own.

Apple introduced a cool feature called Live Photos with the iPhone 6S and iPhone 6S Plus last year. When turned on, the feature automatically creates short moving clips out of every photo you take, by capturing a few seconds of video just before and after the actual still image. Live Photos are similar to animated GIFs, but the animation only shows up on iDevices and a few social networks that have integrated the format.

But now, Google’s Motion Stills app will automatically turn your iPhone Live Photos into actual GIFs whose motion can be seen on all devices, even those of your Android friends. An on top of that, Google’s new Motion Stills app goes a step further and actually stabilizes the sometimes shaky movements you get from capturing a Live Photo on the iPhone, resulting in silky smooth animated GIFs instead.

While the end result of this app may be clean, clear GIFs, the point of the project actually seems to be that the app can separate subject from background, and respond to them separately, so while the person or animal you care about capturing is moving, the world doesn’t appear to be shaking behind them.

According to Google’s Research Blog, the app is designed to massively stabilize video, so your shaky hand will disappear as the video becomes a GIF.

That means those few seconds of what you really want people to see—belly flops, Loch Ness Monsters—will be much easier to observe.

Take a look at the before and after of this gravel road video:

It’s also a pretty cool (and infinitely faster) way to make GIFs than by taking video and converting it later. Now you can create personalized reaction GIFs for every conversation you have.