A South American getaway is just a click away 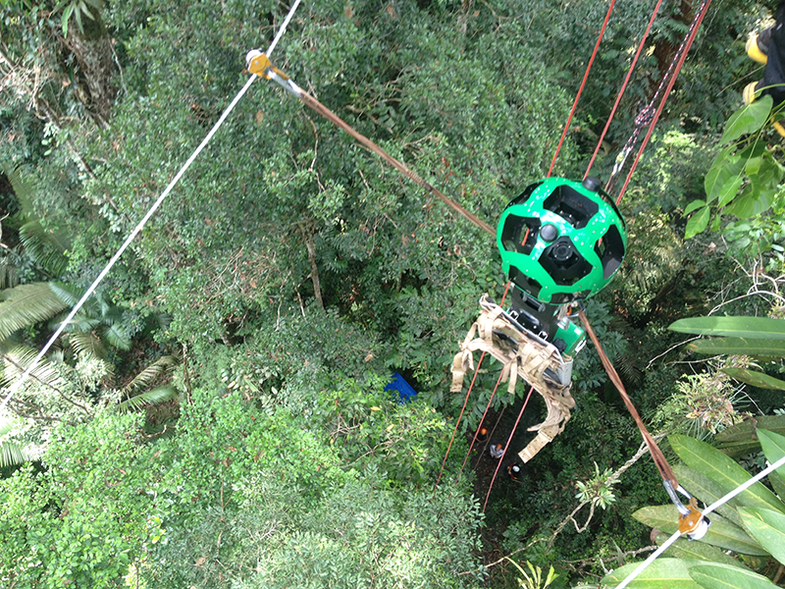 Google likes taking their cameras to strange places, letting people explore viking ruins or walk under the aurora all from the comfort of their computers. Google also has a long history with zip lines; back in 2008, some employees at the company decided to build a zip line as a shortcut to get to lunch. (The city of Mountain View asked them to take it down.)

So really, it was only a matter of time before Google hooked a camera up to a zip line and let it go. They finally managed it in the most epic of settings: the Amazon rainforest. You can check out the results for yourself. The BBC reports that to get the pictures, Google attached one of their 360-degree cameras to a zip line, and sent it hurtling through the forest canopy at speeds of up to 62 miles per hour.

If you’re too lazy to click through the street view yourself (or you just hate feeling lost on your own computer) you can take a look at Google’s video of the process instead: