CFL Disposal: It’s In the Bag 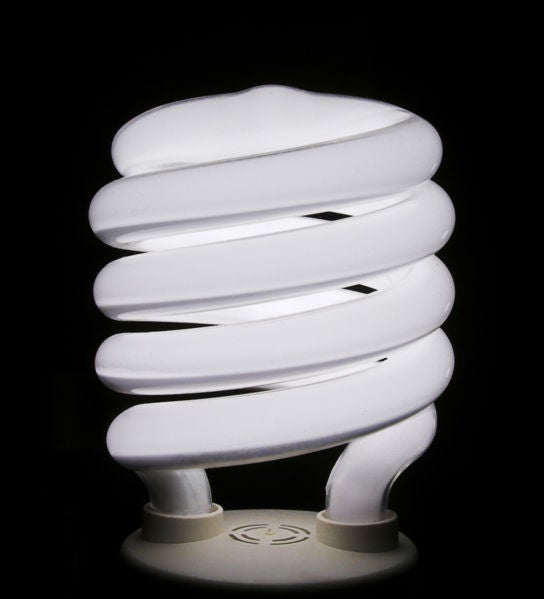 Compact fluorescent light bulbs solve one problem, but present another: Although the bulbs are longer-lasting and more energy efficient than incandescent bulbs, CFLs contain mercury, a neurotoxin. If a bulb breaks or isn’t recycled properly, the mercury can be released into the environment.

But researchers at Brown University are working to solve that problem with the creation of a new selenium-based material that can absorb mercury spills. The team tested several different materials for absorbing mercury, including selenium, zinc and carbon. Selenium seemed promising, but the team hypothesized that a protein stabilizer in its nano-structure might be blocking mercury absorption. The protein stabilizer was removed, which created an un-stabilized nano-selenium. According to the research, in a confined space, 10 mg of nano-selenium can absorb 99 percent of mercury vapor contained in a CFL within 24 hours.

Although the research may provide a solution for cleaning up large mercury spills, it may also provide a simple solution to keeping mercury from fluorescent bulbs out of the environment. About 700 million light bulbs containing mercury are discarded every year, with only 24 percent being recycled, according to the Association of Lighting and Mercury Recyclers. Although people are encouraged to keep CFLs out of the waste stream, few states have a curbside recycling service for the bulbs, so disposal requires taking the bulbs to a designated recycling site.

However, if recycle boxes or disposal bags lined with nano-selenium can be produced, then people can simply put a broken or burned out bulb into the box or bag, and be done with it. Wouldn’t that be great?