If only the actual picture wasn’t so small 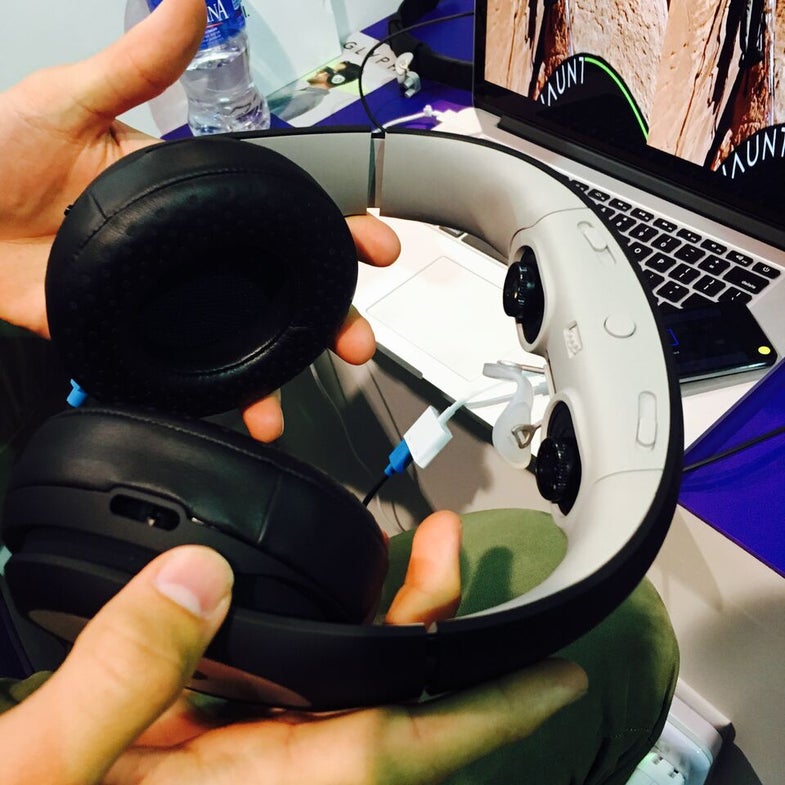 The headset lets you watch video and play games in a virtual movie theatre. But the actual content is relatively small. Xavier Harding
SHARE

Competition in the virtual reality space is heating up. Oculus Rift has announced its plans for consumer release and HTC Vive isn’t too far behind. Playstation VR is coming this year and who knows what the Nintendo NX will bring. 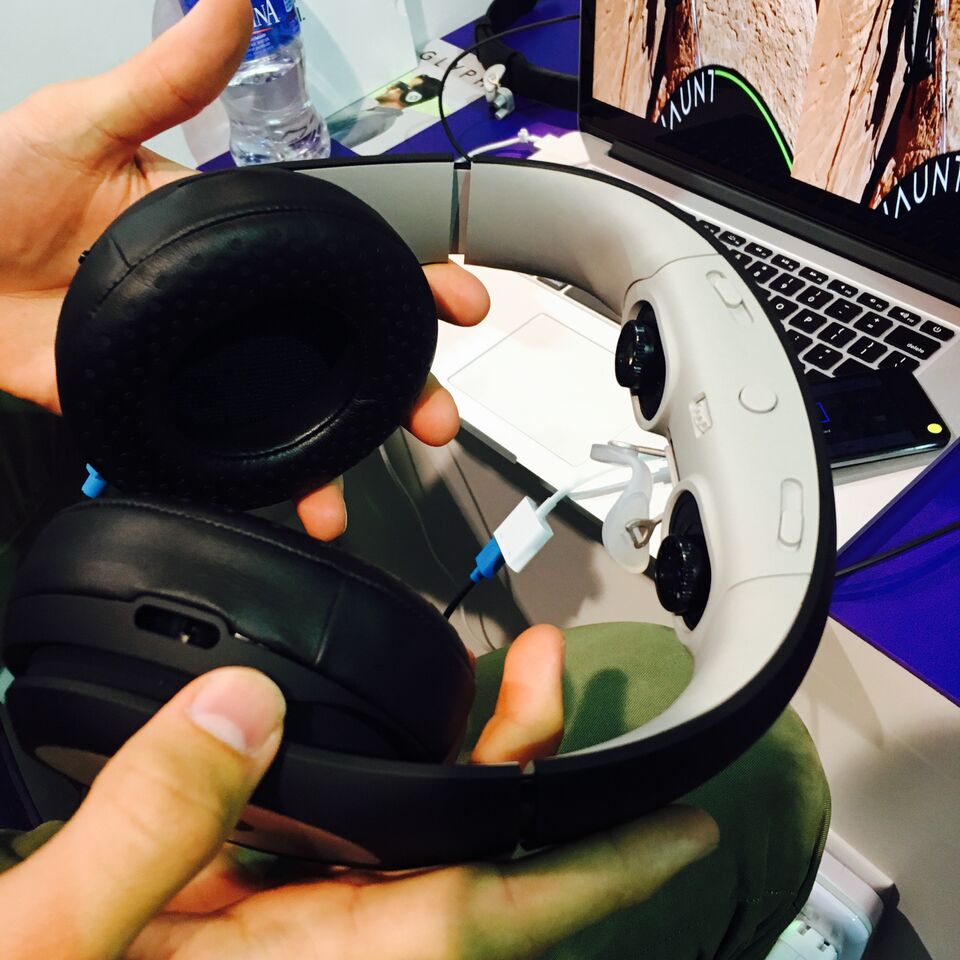 The headset lets you watch video and play games in a virtual movie theatre. But the actual content is relatively small

Startup company Avegant doesn’t bill its Glyph device as a virtual reality headset. Think of it more as an entertainment center on your ears and face. The Glyph headset is available to buy now for $600 and ships in 6-8 weeks. The company plans on increasing the price to $700 after January 15.

Putting on the Glyph headset is simple—as it’s reminiscent of simply donning a pair of headphones—and entering your virtual movie theatre requires you to rotate the ear-cups 90 degrees forward. With the built-in lenses, users can watch video or play a game from within the Glyph.

Using an HDMI port on the unit, any video can be pumped into the Glyph via almost any compatible source. But it’s important to mention that video does not take up the entire screen. Unlike VR headsets from Oculus or the HTC Vive, video does not fill your entire view—making this headset much less immersive than competitors. The area with actual video even felt a bit small. You can pan around 360-degree video by moving your head, and while not entirely immersive, it’s Glyph’s most useful feature. 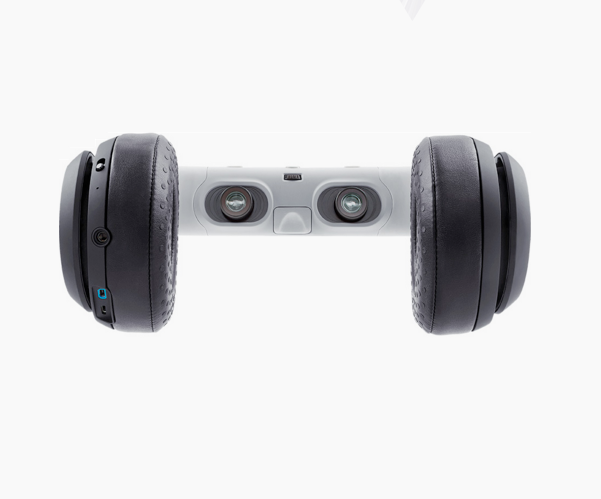 In addition, Glyph allows you to consistently watch a video while looking in any direction. If you’re on a plane and want to relax by tipping your seat back and tray table up, or if you’re watching a video in bed, the Glyph headset can allow you to do so without worrying about another screen in front of you, and lets you keep your hands free and your head in any position.

But having the video letterboxed on the top, bottom and sides led to the actual video being smaller than I initially expected. Glyph is nearly perfect for using with 360-degree video. But if you’re watching a video or playing a game, the Glyph’s small viewing area is a problem. We hope it sees a fix in an update, or in version 2.0.