The power of the mollusk 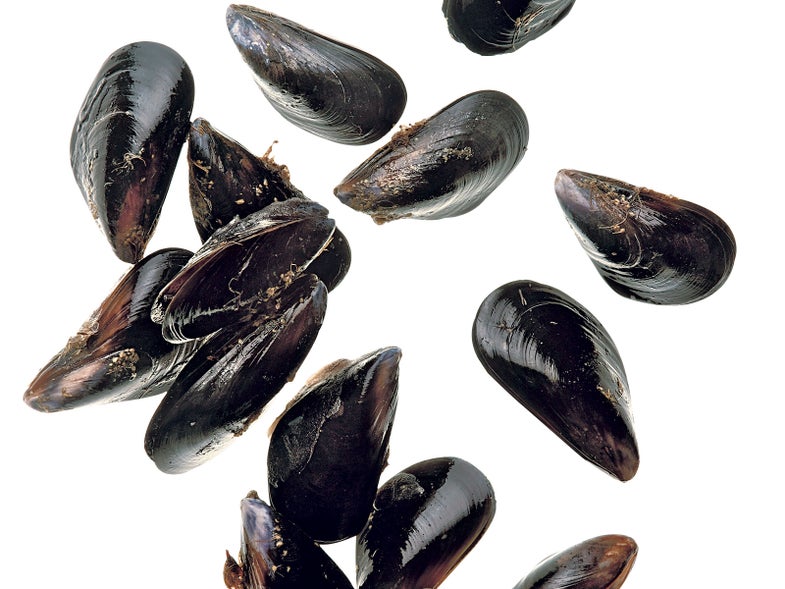 The buzz of a band saw shrieks from Jonathan Wilker’s lab at Purdue University. The chemist cuts a cow femur in two and then glues it back together. A colleague does the same with metal plates—underwater. Unlike Gorilla Glue and Super Glue, which become useless when wet, Wilker’s formulas are based on the super-sticking power of mussels. And they’re some of the strongest glues ever made.

Wilker drew inspiration from mollusks that cling to rocks in stormy seas. The secret to their adhesion is the cross-linking of special proteins, which he tweaked for even greater effectiveness. “In biomimicry, you don’t usually beat out nature,” Wilker says, “but we made some stuff that’s crazy strong.”

Wilker thinks his glues could eliminate the need for surgical screws, plates, sutures, or staples—fixtures he says belong in carpentry or a medieval torture chamber, not modern medicine. Mussel-inspired glues could mend arteries, seal wounds, and serve in airplane and car manufacture too.

Today, about 99 percent of adhesives are made from petroleum or emit formaldehyde (or both). Wilker’s glues provide a more sustainable, nontoxic replacement. “I don’t know of anything else out there with this kind of potential,” he says, “but I’m biased.”

This article was originally published in the November 2015 issue of Popular Science under the title “Glue With More Mussel.”