TOUR GLENFIDDICH… FROM ANYWHERE IN THE WORLD [SPONSORED ARTICLE]

At Popular Science we are all about innovation. While it’s possible to find out about the newest gadgets and latest... 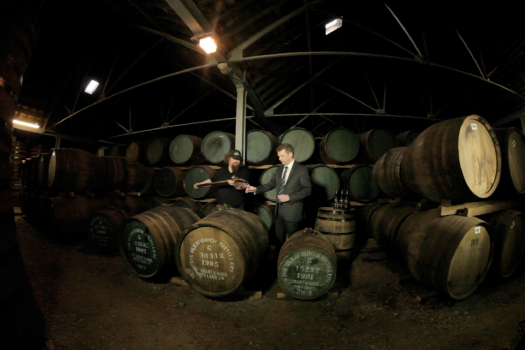 Popular Science we are all about innovation. While it’s possible to find out about the newest gadgets and latest models from a host of wonderful sites that are everywhere online, we make it our mission to hunt down and report specifically on those companies and individuals who are breaking the boundaries, who are changing the game, who are shifting paradigms. The pioneers. We want to bring you stories about things that will fundamentally change our lives and experiences.

Our reporters recently came across a little-known technology start-up called Condition One that is developing a three dimensional, interactive video technology that we immediately recognized as the first of its kind. Condition One is the brainchild of Danfung Dennis, a respected war correspondent photojournalist and ACADEMY AWARD® Nominee. Danfung’s goal was to try and bring the audience more directly into his dispatches so that they could feel more connected to events that were unfolding. Guided by his experience of being “in the moment,” Condition One employs sophisticated original code to map footage shot in extreme wide angle onto an active virtual panorama around the user, cleverly utilizing the iPad’s accelerometers to allow you to look all around the filmed events in real time. Imagine being able to step into the psyche of another person’s mind, actually seeing the world from their viewpoint. This is a step closer to full immersion. Guess what? You don’t have to imagine that any more.

Although the inspiration for Condition One was bringing people closer to the news, it is equally good at bringing us closer to any location that interests us. We’ve already partnered with scientists at Cern’s LHC to give our audience a virtual panoramic tour of one of the most important ongoing physics experiments in the world. Now we’re partnering with Glenfiddich to transport you to Scotland, where arguably the most important whisky making in the world takes place.

To ensure that our virtual film would be of the highest quality, we actually sent a specialized film crew all the way to the tiny village of Dufftown in Speyside, Scotland, Glenfiddich’s only distillery. Working closely with their expert craftsmen and women, we’ve designed the tour so that you will not only learn about the fine art and science of Glenfiddich whisky making, you’ll also feel like an honored guest. Trust us, it’s just like being there. But don’t just take our word for it, download the app now.