First to do this thing we just thought of! 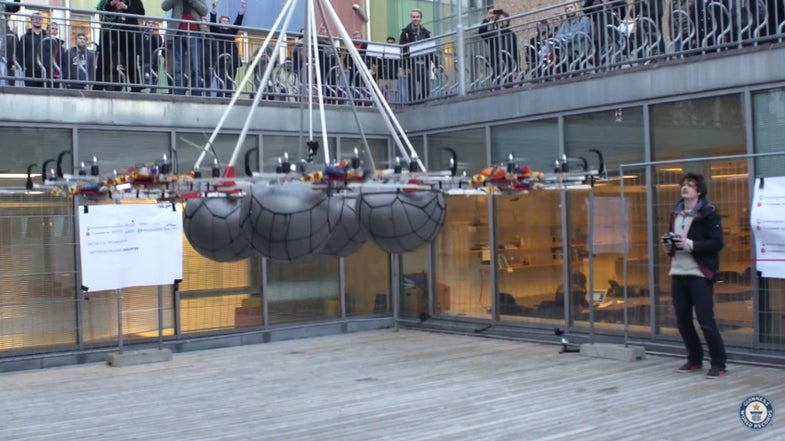 When it comes to setting new world records, sometimes the key is just finding a task that hasn’t been done before. “Fastest human in the 100 meter dash” is a record first set in the 19th century and continually bested, but “heaviest payload lifted by a remote-controlled multicopter?” That’s brand new, and was set last week in Norway by drone-maker Henning Pedersen and a group of students from the University of Oslo. Their megacopter carried a payload of 134 pounds and 7.6 ounces, in addition to the weight of the vehicle itself, and lifted itself more than 3 feet off the ground for over 30 seconds. Below, a record, and a category for records, is born:

The megacopter is a drone with 48 propellers clustered into 8 groups. The drone took 18 months to design and build, and it’s body is made of aluminum and plywood. Megacopter was built as part of a project to promote science and engineering education. While it set its record with a 134 pound payload, it’s designed to carry up to 330 pounds, so it may even surpass its own record someday–in the category it created, to set a record.

Watch the record-setting flight in full below!