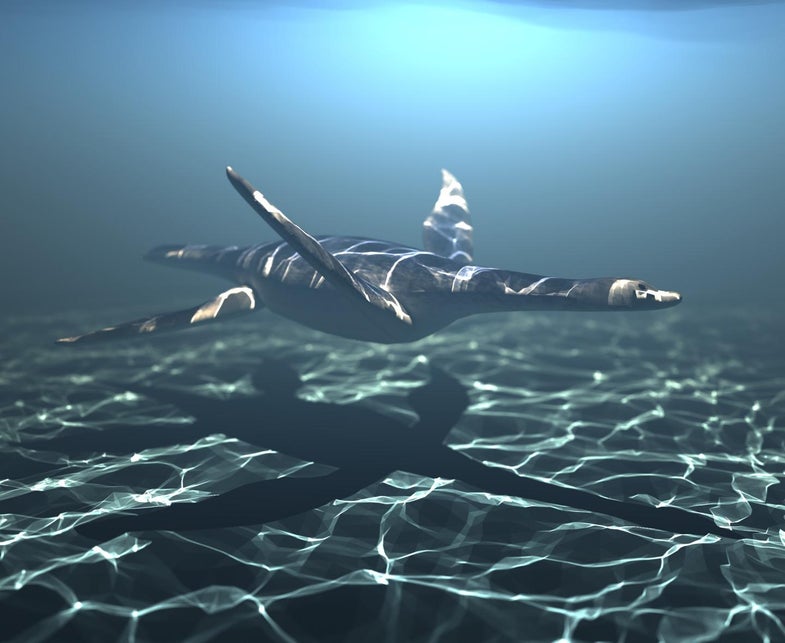 Penguins can’t fly, but they are master swimmers, cutting through the water with ease.

But they aren’t the first animals to develop their sleek swimming technique. It turns out that plesiosaurs, marine reptiles that lived at the same time as dinosaurs (so between 200 million and 66 million years ago), used a similar method to get around in their watery environs.

In a study published in PLOS Computational Biology, researchers created a computer model of how the huge reptile moved. Plesiosaurs grew to be between 8 and 46 feet long, and all had four flippers. The researchers were surprised to find that the most efficient way of moving such a large body through the water was for the plesiosaur to use just its front two flippers, just like a penguin uses its wings.

“Plesiosaur swimming has remained a mystery for almost 200 years, so it was exciting to see the plesiosaur come alive on the computer screen,” Adam Smith, a paleontologist who worked on the paper said in a statement.

See their computer models in the animation below: