A Giant Chasm May Rest Underneath Antarctica’s Ice Sheet

A Grand (and Chilly) Canyon 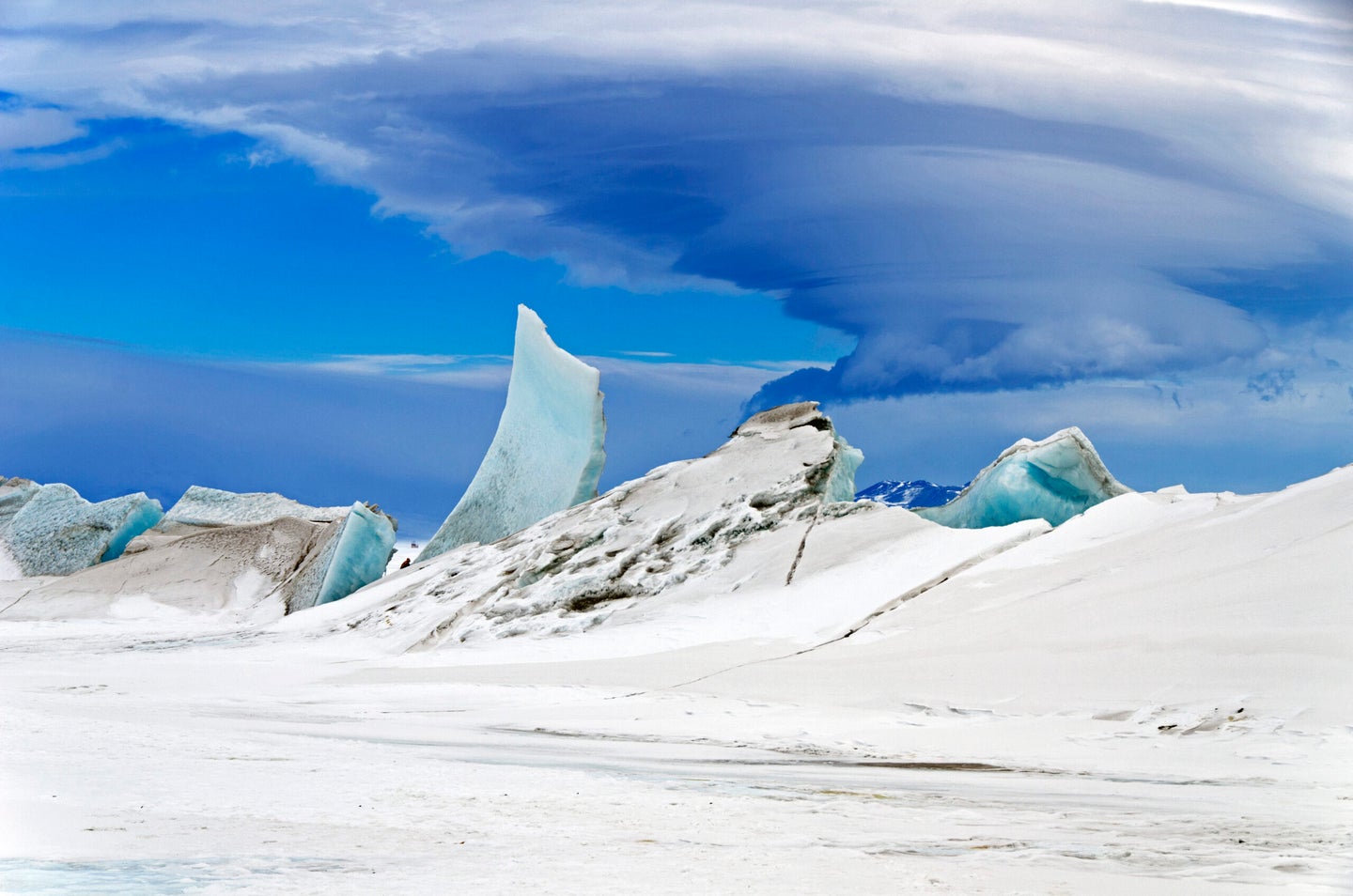 It’s one of the largest areas of land left unsurveyed on Earth. Princess Elizabeth Land in Antarctica is an ice-encrusted wasteland, whose actual stoney topography lies far beneath the surface of the ice sheet. But now, researchers are getting a glimpse of the buried landscape, and they’ve found a huge hole.

In a study published in Geology, researchers discussed their recent discovery of a vast chasm–a deep hole or fissure in the Earth–under the ice, encompassing an area of 1,081 square miles with over 683 miles of canyon. Parts of the canyon may be 0.6 miles (1 km) deep. That’s longer than the Grand Canyon, but not quite as deep.

In order to get a look at the underlying structure, researchers first examined the surface of the ice sheet, checking for anything that might indicate a landscape feature.

“We know from other areas of Antarctica that the shape of the ice surface is obviously dependent on the shape of the landscape underneath – because the ice is flowing over that landscape,” one of the researchers on the project, Stewart Jamieson told the BBC.

They found long cracks in the surface of the ice, which they believe indicates a huge underground canyon system. More research into the area is continuing. Ice-penetrating radar will be used to verify their results, and hopefully give more insight into what the canyon looks like, and also verify the existence of a previously-unknown subglacial lake.

Another subglacial lake, Lake Vostok, made headlines when the Russians drilled into it in 2012, and again when they uncovered evidence of life in the lake that had been sealed in ice for 20 million years.

A canyon on a similar scale to the newly-discovered Antarctic canyon was found in 2013 underneath the Greenland Ice Sheet. Canyons like this are incredibly important because they offer a way out to water melting off the bottom of the ice sheet. Their size and shape can control where that water goes, and with it, how quickly parts of the overlying ice might melt. Understanding the dynamics of what goes on under the ice could give scientists a better idea of how fast the ice sheet is moving (and melting).