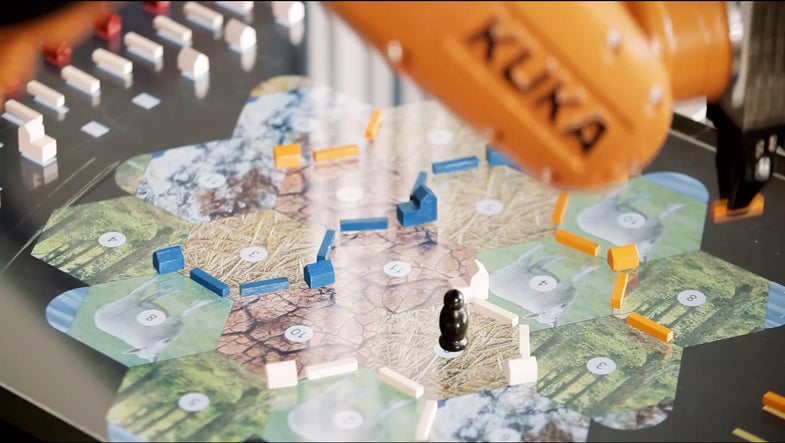 Catan is a fantasy island, uninhabited except for a few scattered settlements of humans. And now — robots. German robot maker Kuka recently partnered with the Regensburg University of Applied Sciences to make an A.I.-controlled robotic arm to play Settlers of Catan, a widely popular modern board game.

Fortunately, the world champions of Catan won’t have to worry about any surprise machine upsets. The robot right now is focused on placing pieces and connected roads. In the future, it might learn AlphaGo levels of strategy, but that’s not for a long time.

In the meantime, it seems content to just move the robber around. Watch a short video about it below (H/T: Gizmodo):