The George Lucas Museum May Need A New Home 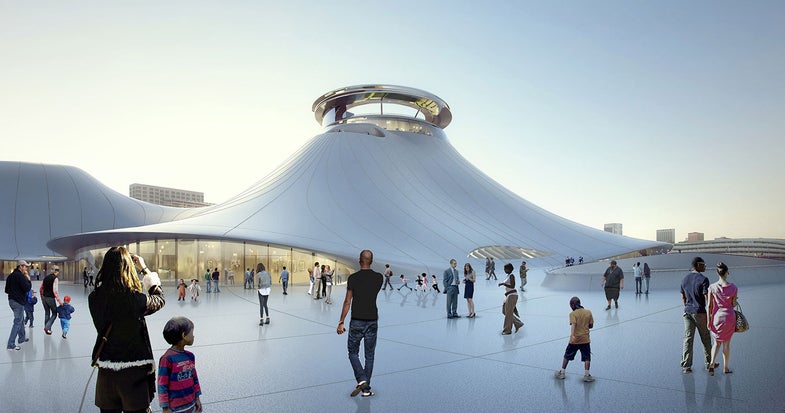 Star Wars fans eager to see a massive new museum devoted to the franchise’s creator George Lucas will have longer to wait, and they may need to travel elsewhere than Chicago. The Second City, which was picked to host the George Lucas Museum in part because it’s the hometown of Lucas’s wife, may not be home to a hall of Lucas’s accomplishments at all.

It’s not because of the prequels, as you might expect (and understand); nor is it a result of some city-wide referendum on fashion against white sneakers, jeans, and flannel shirts (although we’d understand). Some lawmakers and preservation societies, defensive of Chicago’s historic neighborhoods, are arguing over the exact location of where the volcano-like futuristic megastructure should be built. Those arguments have already caused delays, and if something doesn’t happen soon, the museum might end up elsewhere–perhaps on the west coast closer to the attractions of the Star Wars franchise’s now-parent company Disney.

Let’s hope it doesn’t end up as a side attraction at Disneyland though, because “Hall of Prequels” doesn’t sound like it has much staying power.