That's something to give thanks for 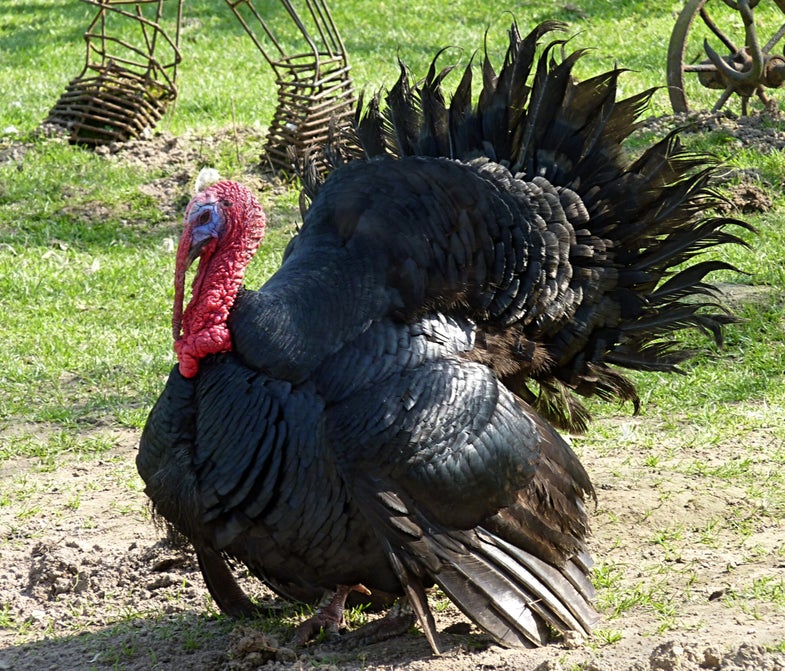 It’s no accident that turkeys have more than doubled in size over the past 80 years—bigger is better, at least when it comes to the Thanksgiving table. But decades of farmers raising increasingly engorged turkeys isn’t just bad for the birds, which may grow so large they can’t even stand. Breeding focused on extreme muscle growth has led to an increasing number of turkeys falling victim to muscular and heart disease. The same practices lead many turkeys provide low-quality or otherwise unsavory meat. But a team of scientists believes they can reverse the unhealthy trend—with data they’re collecting through genome sequencing.

Since 2008, researchers have been sequencing DNA from some of the most common turkeys used for meat, and, according to an article published in Poultry Science earlier this year, they have successfully sequenced at least 95 percent of the genome. The scientists say the results may help them find ways to breed turkeys with greater disease resistance and faster reproduction rates. It could also help breeders improve feeding efficiency, by raising turkeys more effective at grabbing nutrients from food. So, the work may help not only the birds, but the people eating and breeding them as well.