Gene Amdahl, The Man Behind The Mainframe, Dies At Age 92 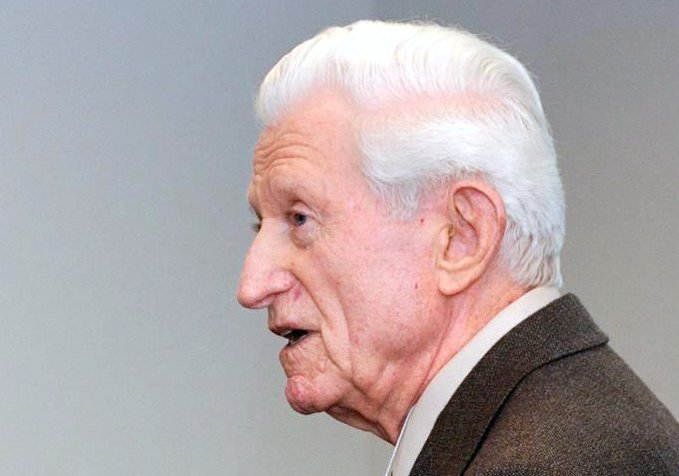 Gene Amdahl, the man credited with pioneering mainframe design at IBM, died on Tuesday at the age of 92. Growing up without electricity in South Dakota, Amdahl went on to study engineering physics and theoretical physics. When he was in graduate school at the University of Wisconsin, he developed an early digital computer known as the Wisconsin Integrally Synchronized Computer for his PhD thesis.

Amdahl joined IBM right after he graduated, having been recruited while in school. He was instrumental in developing IBM’s mainframe system, known as the System/360 series. It was introduced at a shareholder’s meeting on April 7, 1964, and became the most successful line of mainframe systems for IBM. And indeed, the design and architecture was evident in computers for decades to come.

Amdahl worked at IBM for six years, before leaving to forge his own path. He went on to found a rival company called the Amdahl Corporation in 1970 which built faster, cheaper hardware that was compatible with IBM software, and it became the first company to truly compete with IBM. The corporation became part of Fujitsu in 1997 and is no longer a stand-alone company, but the Computer History Museum notes that Amdahl at one point captured about one-fifth of the market. The path wasn’t always paved with gold, though. Amdahl’s later ventures, Trilogy Systems, and the Andor Corporation never saw the same success.

You can read an oral history Amdahl gave about his life in the late 1980s here.