This Amazon device deal is straight Fire … plus Echos, Halos, and Rings

Hey Alexa, I want to act fast and save big on voice-controlled devices. Remind me to hurry, because these deals will end soon. 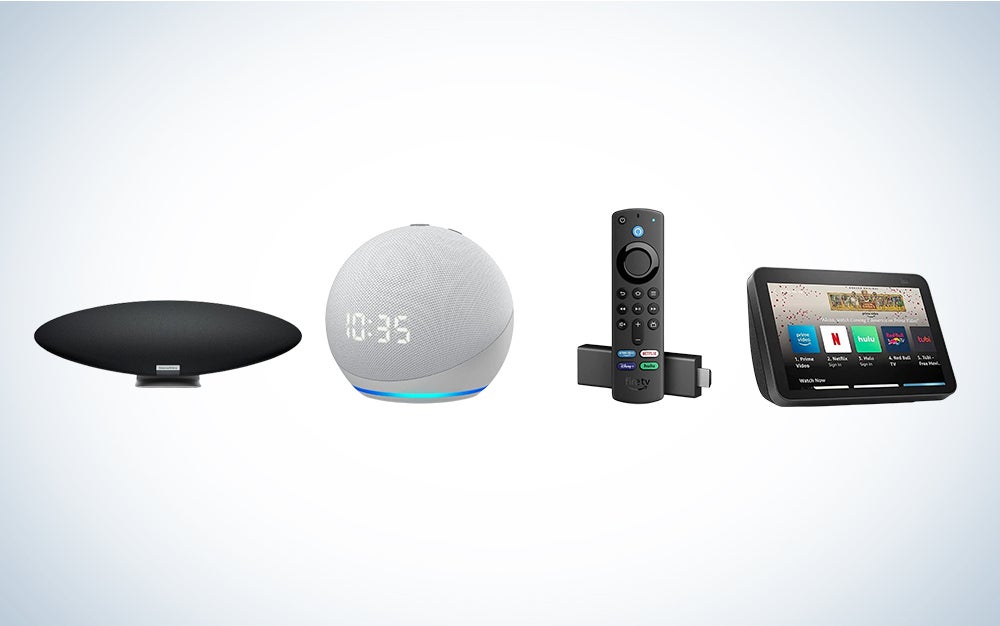 If you or someone you know is deeply immersed in the Amazon ecosystem (or would like to be), there are some deep discounts going on you’ll want to hear about … and you don’t need to ask a voice assistant thanks to us! For a limited time in honor of Father’s Day, Amazon is taking 30- to 50-percent off some of the company’s most popular streaming and smart home devices with Alexa.

For example, the Amazon Echo Dot (4th Gen.) with Clock is currently only $39.99. That’s $20 below its typical price of $59.99 and a steal for one of our favorite smart speakers. It’s a minimal yet powerful entry point into the wonderfully automating world of Alexa. The LED clock display can display alarms, outdoor temperature, and timers, while the 1.6-inch front-facing speaker will play music from various streaming services—including Amazon Music, Apple Music, iHeartRadio, Pandora, Spotify, and TuneIn. With Alexa enabled, you just have to request your favorite jam, or ask general questions, control compatible smart-home devices, make calls, play intercom with or get alerts from other Alexa devices on the network, and much more.

If you or a loved one would prefer to watch some content, there’s the Amazon Fire Stick 4K on sale for $34.99 (was $49.99), as well as the Amazon Fire TV Cube on sale for $69.99 (was $119.99)—two streaming devices with Alexa that come with an extremely convenient Voice Control Remote. Just add your OLED TV of choice and you’re golden.

Want the best of both worlds? Get a compact smart display/stereo speaker in one with the Echo Show 8, on sale for $99.99 (was $129.99). You have access to plenty of the most popular streaming apps, plus there’s a 13MP camera with auto-framing—so buy two, one for you and one for family or friends, and say “I miss UR face” to their face. Oh, and there’s also a battery pack (sold separately) if you want to take the show(s) on the road.

Those are a few of the many Amazon devices with Alexa on sale (also including Fire tablets, Ring video doorbells and floodlight cameras, plus more). Just remember, this deal is in honor of Father’s Day, which is June 19 (aka this weekend), so you still have time to get something to dad if you act fast but the deals will be gone soon.

Got an audiophile in the family who also wants the convenience of Alexa? You can currently get the Bowers & Wilkins Zeppelin wireless music system on sale for $699 (was $799). This statement piece with Apple AirPlay 2 (as well as Bluetooth) is another one of our picks for best smart speakers because of its impactful yet impeccable fidelity, delivered by components that have trickled down from acclaimed speakers that cost multi-thousands. It connects to your Wi-Fi network so you can stream high-resolution audio through the B&W app from Deezer, Qobuz, TIDAL, Soundcloud, and Last.fm, as well as off of devices via Apple AirPlay 2, Bluetooth 5.0 (including the AAC, SBC, and aptX Adaptive codecs), and Spotify Connect. And, yes, it’s got built-in microphones that let you interact with Alexa. If there’s space on the credenza, this audio airship will transport anyone listening to Cloud 9.