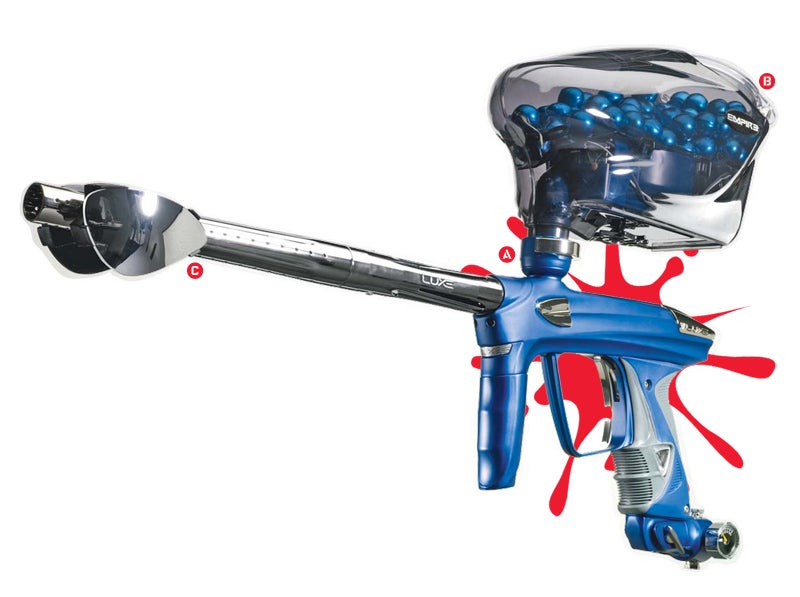 Paintball has become the perfect way for gadget geeks to unleash their inner Rambo. The latest carbon-dioxide- or compressed-air-powered guns, known as “markers,” have computerized controls and electronic firing mechanisms that can blast out 1,200 balls a minute at speeds of up to 300 feet per second. Add in a quick reloader and a sneaky scope, and your buddies won’t stand a chance.