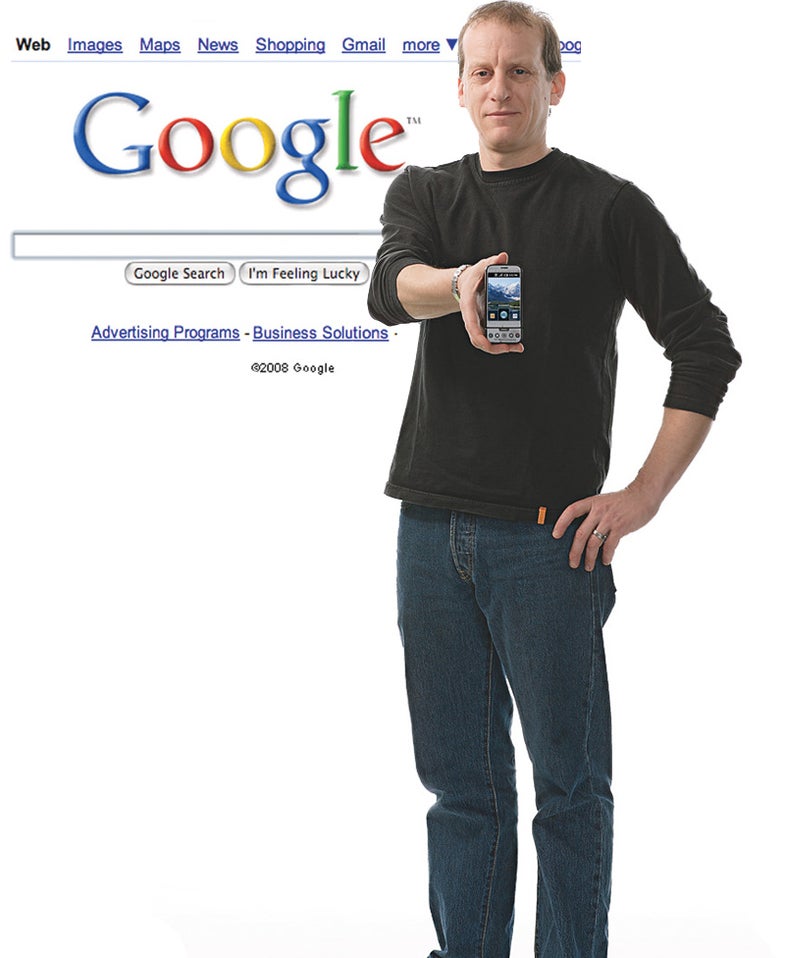 When Google squelched rumors of the all-powerful “G-phone” last November, we admit we were a bit bummed. Instead of an inexpensive smartphone that would free us from our carrier overlords, Google had been working on software—an open-source, mobile operating system called Android. Great name, but will unlocking cellphone code really change things for consumers?

Miner says that more than 750,000 developers have downloaded the tool required to write an Android-based program, four times as many as accessed the iPhone’s tightly regulated kit. That means Android users could have far more mobile applications to choose from. But we still don’t know how those apps will stack up next to Apple’s. Android-equipped phones—set to go on sale this summer—should be less expensive than the iPhone, since manufacturers won’t have to pay licensing fees for the software. But instead of getting free, ad-subsidized service, like Google’s e-mail, you’ll still shell out to carriers. Which makes us wonder: Is this really so new, or just another offering in the crowded mobile market? We spoke with Rich Miner, head of Google’s mobile-platform division, for some clarity.

**Q: Aren’t there other open-source phones out there?
A: ** There’s open-source, and there’s what the industry refers to as open. There are other Linux-based initiatives but all of the other things you need to build a phone, like media codecs [software decoders], Web browsers, phone dialers, databases, security models—all that stuff is built on top of Linux in ways that aren’t necessarily open. Linux ends up being a very small portion. Everything a developer needs to build a phone, we’re releasing open-source.

**Q: Have you seen any particularly impressive or original applications?
A: ** Somebody wrote an application that would notify him when the bus was turning down his street so he wouldn’t have to stand out in the rain.

Q: Will an Android application have a sort of security seal of approval to let users know that they’re not junky or vulnerable to hackers?
A: The Android platform protects the user from buggy applications. Software can’t read your address book or dial your phone without your knowing about it, for example. But we don’t want to put big hurdles in front of a developer to have to go pay and get something certified and stamped for every single handset they want to be on. We think that’s one of the things that limits innovation.

Q: Do you use an Android phone now?
A: Yes, and I have been for a year. It’s called dog-fooding—in our industry, to “eat your own dog food” is the phrase.