A Cellphone or a HandHeld Gaming System?

Apple is pushing their iPhone App Store hard, and it looks like games may be the number one new seller. 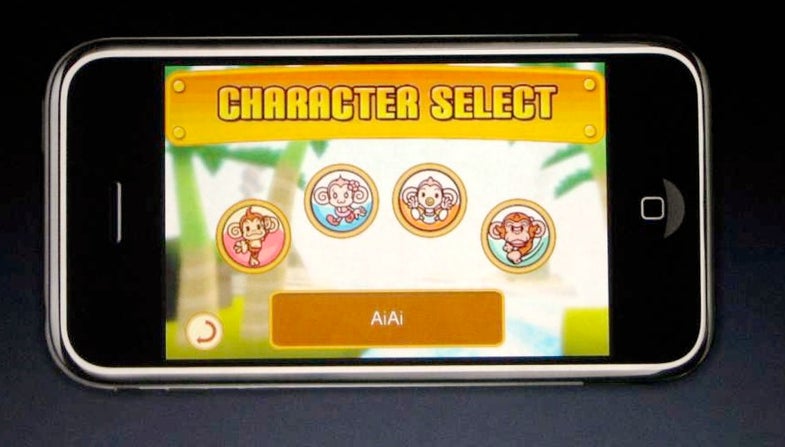 One of the bigger announcements at the Steve Job’s keynote presentation today was the new App Store—a native application on the iPhone that will allow users to purchase, download and install third-party software for their phones. It’s the only place iPhone owners can get the software, and most of the keynote today was dedicated to highlighting programs already created using the software developers kit.

Programs ranged from a Major League Baseball app that tracks scores and shows video replays to a tool for doctors that stitches MRI and CAT Scan images together. But most offerings were games.

Pangea Software—which has been developing games for the Mac for years—showed a physics-based puzzle called Enigmo that is completely touch-based. It also showed an iPhone version of Cromag Rally, a racing game played by tilting the iPhone to activate its accelerometer, thereby moving characters around the race track.

Spain-based Digital Legends Entertainment showed a 3-D adventure game called Kroll, which uses the phone’s accelerometer for controlling the character. And Sega showed an iPhone version of their game Super Monkey Ball that requires players to tilt the phone to move the monkeys around the game board.

With all the great apps that are possible for the iPhone, you have to wonder why so many of those highlighted today were games. With the SDK and App Store launching in early July, is Apple planning to take on Nintendo and Sony for mobile gaming? Heck, the iPhone has already got more features then my DS Lite . . .