The second generation of the $100 laptop emerges--but can it buck the problems which plagued its predecessor? 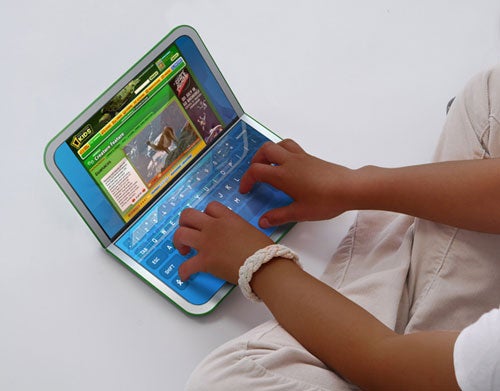 The XO laptop is back with a new look and a new design, at least in theory. Nicholas Negroponte unveiled photos of the upcoming XO-2 device this week, with an announcement that the revamped computer would be ready for delivery by 2010 and carry a price tag of $75. Gone is the green plastic keyboard, replaced instead with a second touch screen. The device can be opened to function like an electronic book, or it can be rotated to a more traditional laptop configuration, with the new screen assuming the role of virtual keyboard. This flexibility is meant to encourage collaborative learning and play, so that more than one child can use the computer at a time.

The XO-2 will be designed to consume less power and be half the size of the original XO. In addition to its open source Linux-based OS, the machines will carry a dual boot option for loading Windows.

The OLPC group argues the falling price of flat panel screens will make the costs achievable. And, in addition to the new model, Negroponte announced the return of the Give 1, Get 1 program in which U.S. customers will be able to buy a laptop for a child in the developing world at the same time as they buy their own. But skeptics are already questioning the viability of the ambitious design and price point, given the XO’s history of struggling to meet its goals so far to date.