Out of Control Gaming

A gesture-reading camera lets you play videogames without a controller 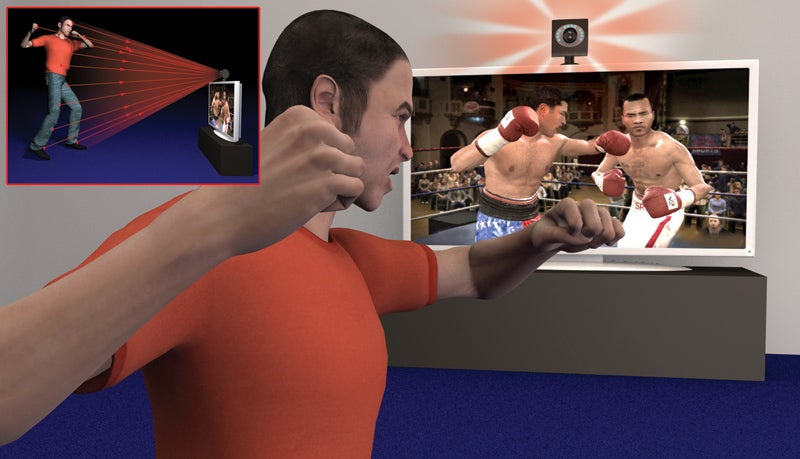 Get a Move On

Soon you’ll be able to ditch your game pad and Wiimote. A new camera system for computers and consoles will track your movements in three dimensions—essentially turning your body into the game controller. For example, play Rock Band by waving your hands at imaginary drums, or dodge punches in a fighting game. 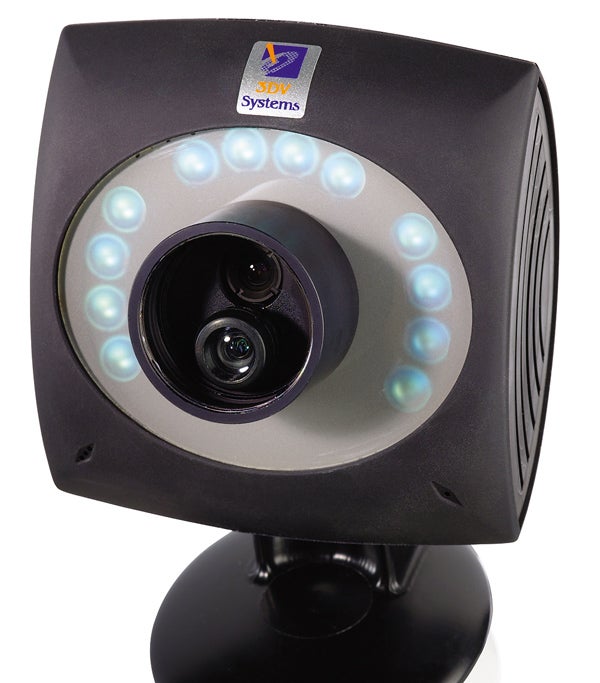 The ZCam’s lower, 3-D camera captures reflections from a ring of near-infrared lasers. A standard webcam above it records color video.

About the size of a webcam, 3DV Systems’s ZCam is fitted with lasers that project near-infrared light and a digital camera that picks up the light after it reflects off objects. By measuring the intensity of the reflections, software creates a three-dimensional map, accurate down to half a millimeter, dozens of times per second. The ZCam can also hold a second camera that records regular color video. Combining that video with the 3-D map allows the device to not only translate your gestures but also render you as a 3-D avatar in the game.

The ZCam could even work with current games, using software that lets it take over for mice, joysticks or other controllers. 3DV will supply the technology to companies, which are expected to sell the cameras for about $100 around the end of the year

How to See in Three Dimensions

Surfaces that are closer reflect the light sooner, so more of it reaches the camera before the shutter closes. By measuring the intensity of reflected light over thousands of pixels, the camera can read the contours of objects the light strikes.

The ZCam’s shutter is a chip of gallium arsenide about the size of a ballpoint-pen tip. When charged with electricity, the compound allows near-infrared light to pass through it. This chip can “open” and “close” far faster than a mechanical shutter.
3-D
controllers
Gadgets
gaming
may 2008