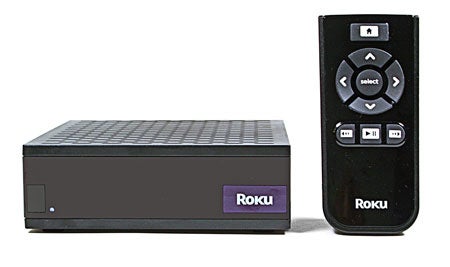 No, it’s not free, but for Netflix fans, the new Roku set-top box should be a big hit. Netflix announced that it will begin selling a $99, hardcover-book-sized device from the California startup Roku that allows people to watch more than 10,000 titles on-demand, without waiting for those mail-order DVDs. That’s about ten percent of the total Netflix library – way more than you’ll get from Verizon or Comcast. The selection isn’t fantastic, but there are plenty of good older movies on the list. The quasi-catch is that you must have an active Netflix account to maintain access to that library. But that’s obvious.

The early reviews appear to be glowing. From CrunchGear: “This is one of the most elegant and surprisingly usable dedicated devices I’ve seen in a long time. Unlike, say, the Kindle, everything here is almost perfect. As the literal incarnation of a web service, the Netflix Player by Roku is a true gem.”

The Roku box is just the start. Apparently, LG also has a Netflix device in the works, and other companies are expected to enter the game, too.