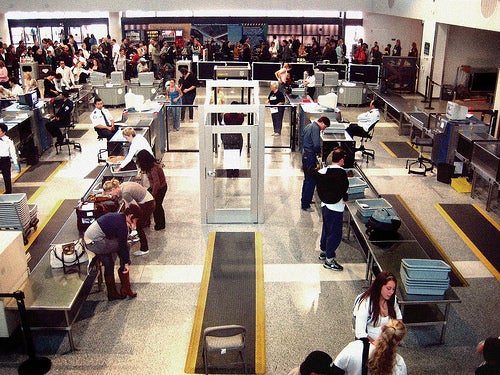 As if the security in airports and controls at border crossings weren’t slow and intrusive enough, governments around the world are quietly passing laws to allow them to search the contents of your laptop and other electronic devices, like iPods and cellphones. A United States court last month gave border agents carte blanche to hold a laptop for days and even copy its entire contents. The UK government has given its agents authority to search computers at its borders for pornography. But in what may be the most baffling and cumbersome move of all, the US, Canada, UK, and other EU nations are working behind closed doors on a new trade agreement which could turn border agents into the copyright police.

A four-page draft document [PDF] proposing the Anti-Counterfeiting Trade Agreement (ACTA) was leaked to the press this week which show plans for the creation of an international copyright regulator with its enforcement arm as each nation’s border patrols. Guards and security personnel would be authorized to search electronic devices for any content that “infringes” on copyright laws, whether the copies are from legally purchased CDs or DVDs or not, and decide on the spot which content is infringing. The officials would be given authority to take action without any formalized complaint from the rights holders and without a lawyer present on behalf of the accused. The draft allows for the confiscation or destruction of any device the agents deem suspect.

The ACTA specifically calls for the coalition to operate outside the WTO and UN by forming its own governing body overseen by member nations. While the document is still in draft form, there is little reason to believe the actual agreement won’t follow the draft’s recommendations. Without public scrutiny or comment, the member states will have no impetus for transparency.