The Ties That Bind

Our wireless manifest destiny is hampered by vaporware 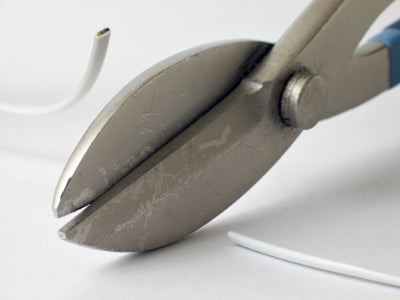 The telephone wire chopped by an shears. Oleg Kozlov
SHARE

Since long before the dawn of this century (always wanted to say that), tech pundits and proselytizers have been consulting their trusty prediction machines and proclaiming “The Year of Wireless.” It happened when IR ports showed up on laptops, then again when wireless mice began gracing desktops. Nearly everyone got on the bandwagon when Wi-Fi appeared, followed again with GPRS, EDGE, EVDO, etc—and of course with that most overpromised and underdelivered of technologies, Bluetooth. This year, the experts are at it again, placing bets on new technologies that promise to finally release us mortals from the coils of copper that clutter our homes and offices and make transferring data, media and power a nuisance.

No doubt you’re excited by all this, but it is my grave duty to poke a pin in your bubble. Like Bill Murray’s forlorn weatherman in Groundhog Day, I can see the future, and it’s looking an awful lot like today: Welcome to “The Year of Still Wired.”

The most recent example of further delayed gratification came a week ago when wireless charge pad-maker, Splashpower, announced they were “restructuring,” which is business-speak for broke. Splashpower had been working on a technology that seemed to have fantastic potential—the idea being that you’d leave this special pad on a table or desk and then plop all your various portable electronics on it to charge them via induction, eliminating the need to plug anything in. It’s such a tantalizing concept that there are at least two other companies (eCoupled and WildCharge) also working on similar systems. WildCharge is the first out of the gate and already has a $60 charging pad on the market, along with a special $35 adapter for use with RAZR V3 phones. They plan to put out an adapter for iPod Nanos soon. But I’m prepared to say that while their goal is a noble one—and I hope the concept of wireless charging is embraced—their model doesn’t seem sound to me.

The obvious, ideal, solution is that the charging equipment is built into devices in the first place by the manufacturer, exactly like rechargeable electric toothbrushes. I simply don’t want to pay $35 or more each for the half-dozen portable devices in my household, on top of what I’ve already shelled out. Perhaps one of these companies is working on such licensing deals with a major manufacturer already, but I don’t expect to be wirelessly charging anything in this manner for at least a few more years. That’s a bummer—this concept was demoed to me at least 5 years ago, and hasn’t really progressed since.

The other white whale I continue to find myself chasing is WiMAX, the technology that in theory will allow Internet access at true broadband speeds, anywhere, for $40 to $50 per month. Sprint’s ballyhooed Xohm service (that’s pronounced “zoom”), which would give subscribers with WiMAX-equipped gear zippy wireless Internet (3 to 5 Mbps down/1 to 1.5Mbps up), was set to launch this quarter, with plans for an astounding 10 million subscribers in 2008. Then they limited it to a few select cities and revised their subscription estimates down. Next they delayed it outright until “later” in 2008. After reading how Sprint’s supposed partners in Xohm (like Clearwire, Time Warner and Comcast) seem to be jumping like rats from a sinking ship, it seems like by the time WiMAX arrives, if it ever does, the competing standard LTE—or the successor that supplants LTE—will already be here. Setbacks happen, but with Sprint’s sinking finances and stalled deals, I’m cautiously pessimistic that Xohm could be the straw that breaks this particular donkey’s back. To cap it all off, the WiMAX fiasco in Australia adds further fuel to this skeptic’s fire. So be content with 3G on your phone and WiFi at home for the near future. And try not to read about the wireless broadband already going on in other countries—you’re only hurting yourself.

Those are the biggies, but what of all the other promised wireless gear we’re still waiting for?

Wireless USB would be unbelievably welcome in allowing PC accessories and portable devices to transfer data without a tangle of competing wires. Belkin finally released its delayed Cablefree USB in late 2006, but as it was crippled with USB 1.1 transfer speeds it’s effectively useless for anything like hard drives and media. There’s also an attempt from IOGEAR that doesn’t seem to have taken off either. Has no one learned from the Blu-Ray/HD DVD fiasco? Common standards people—united we stand, divided we fall.

Wireless audio has admittedly made some great strides but we still haven’t approached the holy grail yet—an affordable, easy-to-set-up system that replaces your home stereo and plays all your music in whatever format it’s stored in. The awesome SONOS system is pretty great overall, but it costs a fortune and doesn’t allow full convergence and control of a home system that’s not computer-based. The ROKU Soundbridge suffers the same issue, as does the Slim Devices Squeezebox (and none of those three play protected AAC files, though that’s Apple’s fault). As for speakers, most so-called wireless units still need to be plugged into a wall, which is why I’m a fan of the Griffin Evolve; the detachable speakers can be brought room to room and have long-life internal batteries built-in. And the remote is RF! Integrate these into my home stereo, up the wattage, and we’re almost there.

So what other wireless prospects are you hoping to find on the horizon, and what have I missed? Dare we add WiMAX to our ad hoc deathwatch list yet? Hit the comments section with your predictions and predilections.

And launch the gallery here for a look at the vaporware (in)action. 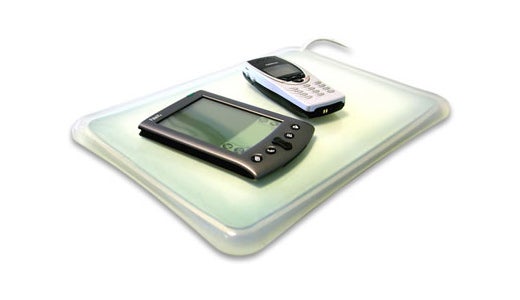 The holy grail of wireless power is (as always) “just around the corner”. The latest indication it may be a wait? Splashpower, the makers of a still-conceptual induction-based wireless chargepad, announced last week that they were “restructuring;” business-speak for broke. 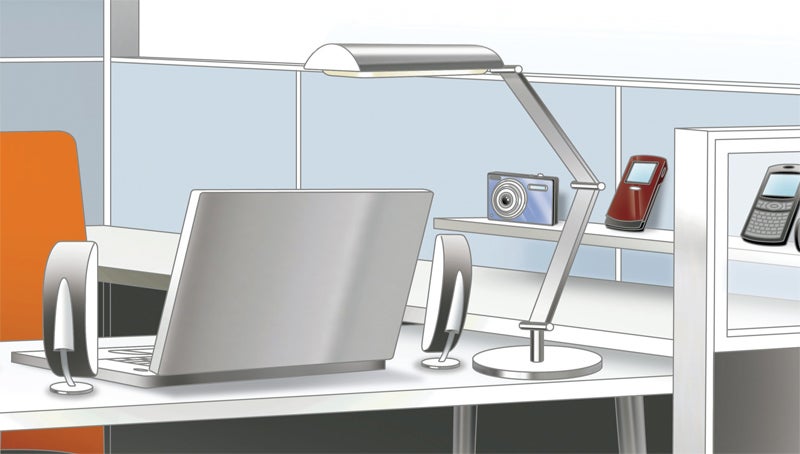 eCoupled is working on a similar charging pad system. Multiple charging points in the home, office and car could power everything from cameras and computers to coffeemakers. 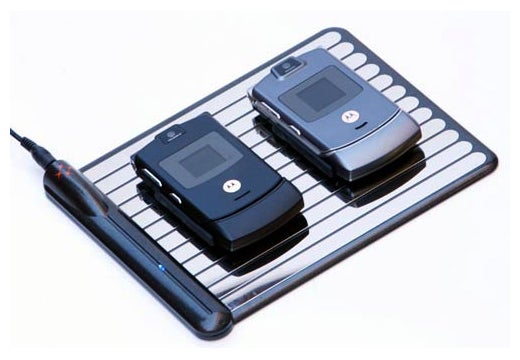 WildCharge is the first of the wireless charging pad manufacturers to actually bring something to market. But the model–a separate adapter has to be purchased for each gadget–doesn’t seem likely to gain many customers. 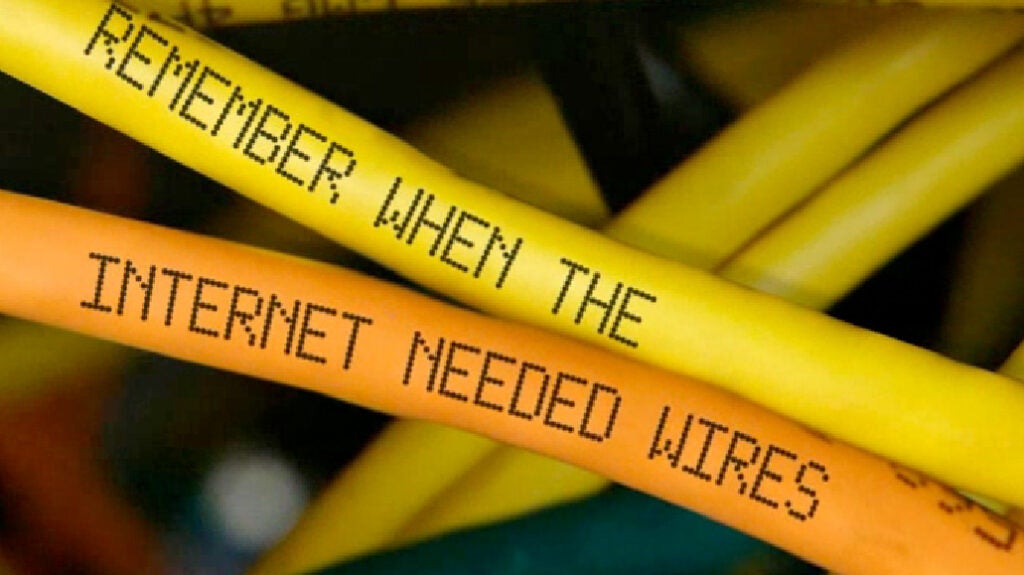 On the wireless Internet side of things, the big disappointment of late has been Sprint’s ballyhooed Xohm service, which was supposed give subscribers with WiMAX-equipped gear zippy wireless Internet (3 to 5 Mbps down/1 to 1.5Mbps up). After numerous delays and setbacks, the service appears to be in serious trouble with supposed partners (like Clearwire, Time Warner and Comcast) jumping ship and the impressive-sounding upcoming LTE standard suggesting stiff competition. 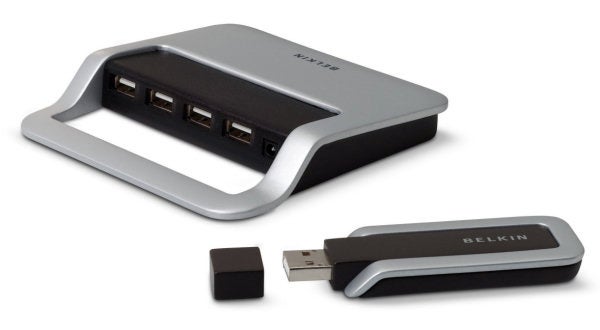 Wireless USB has been another letdown. Belkin finally released its delayed Cablefree USB in late 2006, but as it was crippled with USB 1.1 transfer speeds it’s effectively useless for anything like hard drives and media. 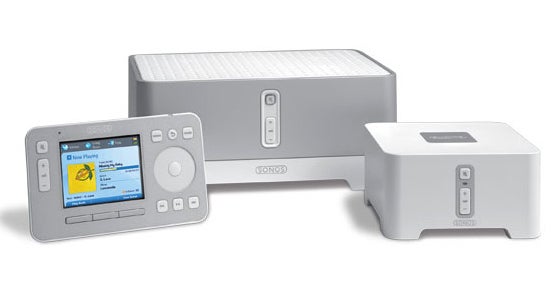 It’s not entirely bleak. Wireless audio has made some serious strides. The awesome Sonos system, for one, is pretty great overall. But it does cost a small fortune and won’t allow full convergence and control of a home system that’s not computer-based. 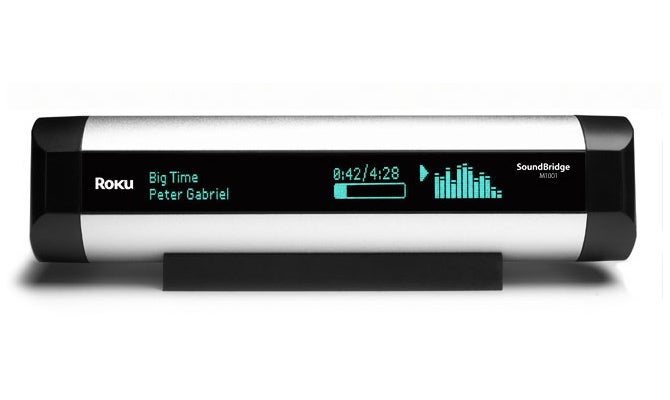 The ROKU Soundbridge is another otherwise terrific system that suffers the same affordability and format issues.

As for speakers, most so-called wireless units still need to be plugged into a wall; though the detachable speakers of the Griffin Evolve can be brought room to room and have long-life internal batteries built-in. The remote is even RF. Integrate these into my home stereo, up the wattage, and we’re almost there. So what other wireless prospects are you hoping to find on the horizon, and what have we missed? Hit the comments section with your predictions and predilections.
Gadgets
Jon Chase
The Grouse
wireless