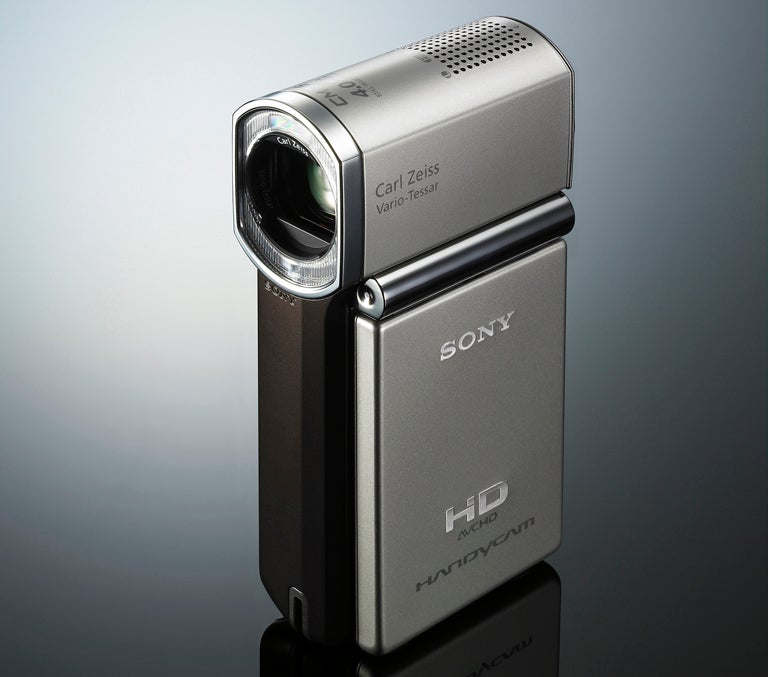 Sony today announced what it claims to be the smallest high-definition camcorder, the 10-ounce HDR-TG1 Handycam. Into this small package (1.3×4.8×2.5 inches), Sony sueezes most of the features that go into bigger models: including 1920x1080i resolution, a 10X optical zoom lens and face-recognition. It’s packed in a titanium shell with a scratch resistant coating that Sony calls “quite fashionable.”

So what did Sony toss out to make it so nice? Not much. It doesn’t have optical image stabilization like some camcorders from Panasonic and Canon, and it doesn’t have a jack for an external microphone—but few cameras do have these features. But it has features that really do matter, like a largish (2.7-inch) LCD screen, and an HDMI port for plugging right into a high-def television. And the battery, which can’t be huge, still powers the camera for up to an hour and 35 minutes.

So can such a tiny camera take good video? We’ll know better when Sony starts selling them in May (no more details on the date), bundled with a four-gigabyte memory card for “about $900.”