The End of Exploding Laptops 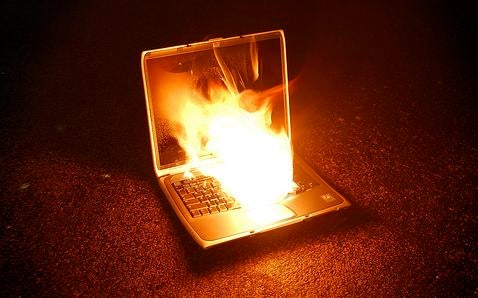 Hoping to bring a final end to the era of the exploding notebook, researchers at the Fraunhofer Institute for Silicate Research ISC in Germany are developing batteries without flammable materials.

The liquid electrolytes at the heart of traditional lithium-ion batteries can catch fire, but the Fraunhofer scientists say they’ve figured out a way to make them with a new, solid polymer that’s inflammable, and, since it’s solid, won’t leak.

OK, so it’s safe, but will it last? That’s what the researchers are working on now. They are trying to improve the conductivity of the new polymer; they figure that it’s going to be three to five years before this new breed of battery finds its way into consumer devices.