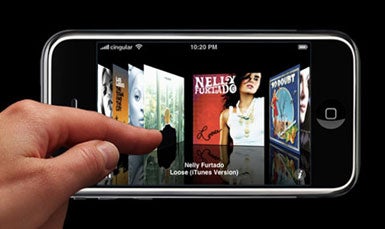 Apple’s flagship store in San Francisco is out of iPhones? Online orders will take five to seven business days? Retail stores around the country are reportedly running extremely low or, in many cases, just plain out of iPhones. This shortage may simply be due to Apple’s shortsighted estimate of demand. But many believe it to be an early indication that they’re trying to clear product to make way for a (clouds part, sun shines, choir sings) 3G iPhone.

Apple insists they’re replenishing the stock as quickly as possible, but many analysts are calling foul (Piper Jaffray, for one, pegs the likelihood of an early launch at 80 percent). Are 3G iPhones imminent? Hit up the comments and tell us what you think.