Why Do People Post Gadget “Unboxing” Photos on the Web? 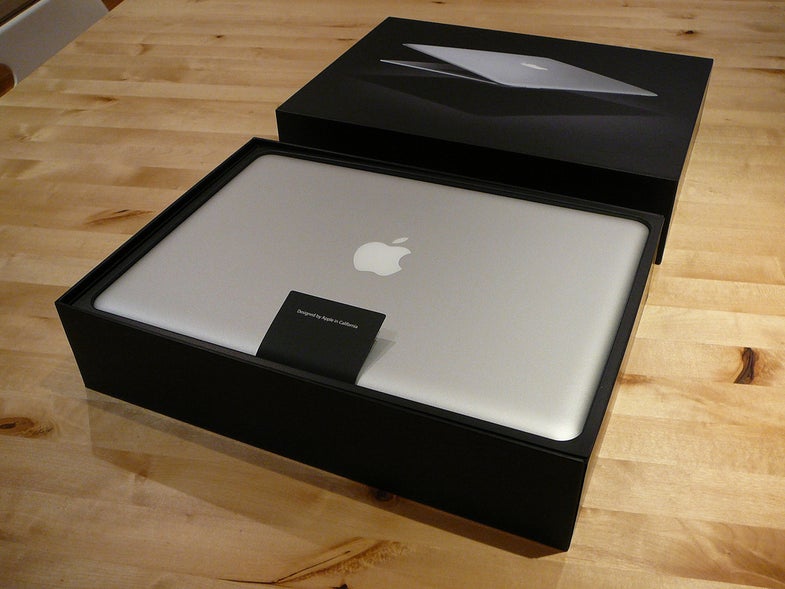 In today’s gadget blogosphere, there are few if any new products that aren’t upon release subjected to an immediate “unboxing”–a thorough and, some may say, pathologically obsessive series of photographs documenting exactly what is implied by the name: taking a shiny new object out of its multiple layers of packaging, step by exhaustive step.

For those leaning more toward the “pathologically obsessive” reasoning here (there are in fact entire blogs dedicated to the practice), the question is: Why does this happen?

The answer is not some deep mystery resulting from the great weirdness of the Web–for any company that prides itself on its design, it’s merely a manifestation of what was intended all along.

One such company is, of course, Apple. And today at the South by Southwest Interactive conference, Apple designer Michael Lopp and Mac uber-blogger Jon Gruber of Daring Fireball delivered a panel providing a bit of insight on what drives people to “unbox.”

In it they underlined one of Apple’s core design philosophies: good design is a present, and the build-up of anticipation leading to the opening of that present is an important (if not the most important) aspect of the enjoyment most people derive from Apple’s products. If the world is divided into two camps–those that open their presents before Christmas morning and those that wait, savoring every excruciating minute along the way, Apple nuts are made up largely of the latter. Christmas is great because it comes but once a year, but thankfully, a replication of its joy is just a trip to the Apple Store away.

In fact, the “present” concept can be traced from the bottom up: Apple’s OS X operating system is the present waiting inside its beautiful hardware; its hardware is the present inside its museum-like Apple Stores; and the bow tying it all together? Steve Jobs’s dramatic keynote speeches, where the Christmas morning fervor is fanned on a grand stage by one of the business world’s most capable hype men.

Desire permeates even as far as the company’s logo–an apple straight out of the Garden of Eden, complete with a single perfect bite. “Why would a company base its entire identity on the worst thing humanity has ever done?” asked Gruber, after showing a version of the logo without its trademark bite.

The answer, of course, is the implied temptation. These objects are to be salivated over. And when the day finally comes to make one your own? That’s a moment to be shared. Out comes the digicam as the packing peanuts fly, just like Dad with the Handycam on Christmas morning.