A Cure for Fat Fingers 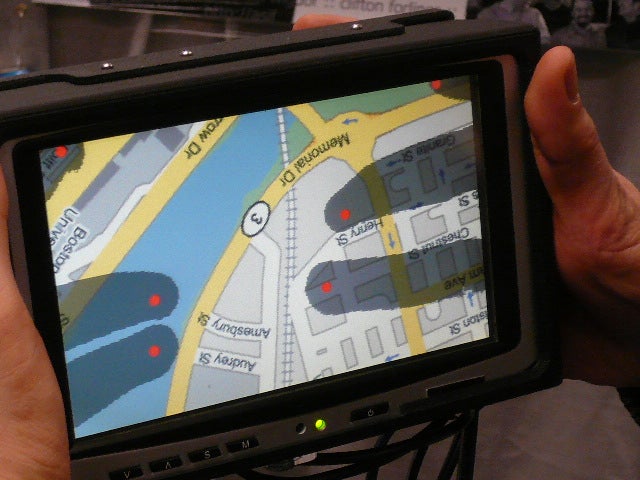 Touch-screen interfaces have an inherent problem–you can’t see through your fingertips to see the spot you’re trying to touch. After abandoning its controversial efforts to breed humans with transparent fingers, Microsoft came up with another novel solution, a system that lets you touch the back of a device and see an overlay of virtual fingertips on the front display.

Called LucidTouch, the demonstration model shown last week at TechFest (Microsoft’s internal science fair) uses both a touch-sensitive rear panel to sense pressure and a webcam to accurately track the position of your fingers. Future versions will employ a single sensor panel for both functions.