More PCs are succumbing to viruses from freshly-minted iPods, digital frames and more 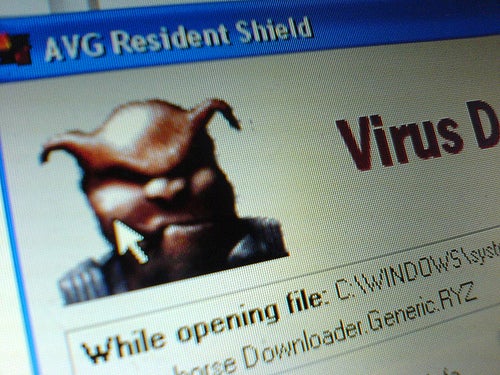 Used to be, you had to connect your PC to the Internet first before it became bloated with viruses and spyware. Now all it may take is plugging in a brand new iPod or digital picture frame—recently, new peripheral devices have been arriving in stores with viruses pre-installed. The problem is most likely stemming from poor quality control in Chinese factories when devices are tested before packaging. As office IT personnel well know, all it takes is one infected machine to spoil the entire network.

While it is difficult for officials to track the precise source of the problem due to the secretive nature of the electronics industry, the consensus is this is not presently the work of sabotage. That’s not to say those with malicious intent couldn’t insinuate themselves on the factory floor, but that the more likely explanation is someone plugged their infected device into a testing PC to charge its battery and a whole mess of bad devices was the result.

The incidents are indicative of the Chinese rush to get out in front in the global manufacturing space. Most of the recent highly publicized Chinese factory missteps—poisoned pet food, leaded toys—are functions of improper quality control. Chalk it up to growing pains—if the Chinese are to stay in the game, they’ll be forced to catch up with QA or they may lose out to a nation that can.