Amid delays and feuds, the One Laptop Per Child program is picking up the pieces 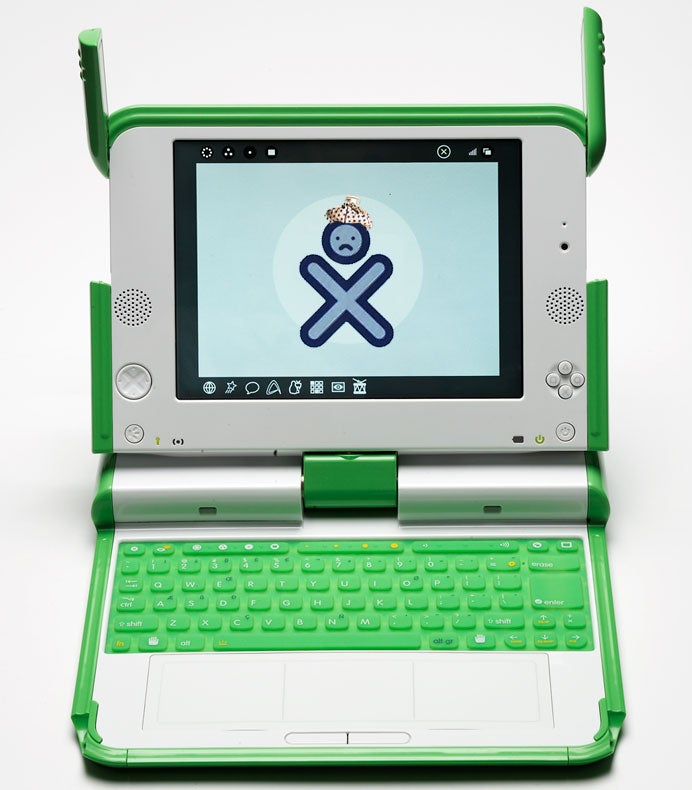 Three years ago, One Laptop Per Child (OLPC) was a shining example of innovative, nonprofit goodness. It had a bold humanitarian mission to develop and send $100 laptops to children in developing nations, and its founder, Nicholas Negroponte, had ambitions of distributing up to 10 million units by the beginning of 2007. The XO laptop won widespread acclaim and plenty of accolades (including a 2006 Best of What’s New Grand Award in this magazine).

But this past year has brought the high-flying OLPC back to earth. Production of the laptops has stalled, and the price tag of the machine has doubled to $200. As of January, OLPC had built only around 250,000 laptops, and delivery problems left some critics fuming. Worse, Intel parted ways with the organization over creative and management differences to work on its own low-cost educational laptop, called Classmate. On top of that, an international tech firm slapped OLPC with a $20-million lawsuit in Nigeria claiming keyboard-design infringement, and founding chief technology officer Mary Lou Jepsen tendered her resignation to run her own for-profit company, Pixel Qi, that develops inexpensive computing devices.

Now, looking to revitalize its efforts and broaden its appeal, OLPC is working with Microsoft to field-test a modified version of Windows XP on the laptop. Although Walter Bender, OLPC’s president of software and content, says the organization is just keeping its options open and has no intention of replacing the XO’s Linux operating system, the collaboration has raised some eyebrows. Experts applauded the original decision to use Linux since, unlike Windows, its open-source nature would allow local programmers to write code in their native languages. And because Windows XP requires more computer memory, running the operating system stands to drive up the machine’s price.

Beyond the technology tangles, perhaps OLPC’s biggest challenge may simply be living up to its own ambitious goals. Following slower-than-expected development of the XO, production started just last November and, at press time, OLPC had shipped fewer than 200,000 of the XO laptops abroad, with another 80,000 going to participants in the Give One, Get One campaign in North America.

But even if these numbers fall far short of Negroponte’s initial goal, they would be considered pretty strong for most small computer manufacturers in a short period of time. Roger Kay, the president of computer-industry analysis and consulting firm Endpoint Technologies Associates, which has followed OLPC since its conception, says the nonprofit is “doing OK—not brilliantly, but all right.” Although the XO works well for a low-cost device, he says, the execution of the project—everything from failing to secure buyers in large markets such as China and India, to relying on pro-bono distributors, to its public breakup with Intel—is indicative of OLPC’s lack of business experience.

The question is how quickly the organization can learn from its mistakes. Bender remains unfazed by the program’s rocky start—”We’re looking at getting millions [of laptops] out in 2008,” he says—but in the coming year, the nonprofit will need to recruit a new CTO and fill Intel’s vacancy by enlisting a partner wealthy enough to replace the chip maker’s millions of dollars in funding. Resolving the Nigerian dispute is also key, because OLPC is prohibited from doing business in that populous market (an estimated 57 million children) until the matter is settled. Additionally, OLPC plans to streamline production, roll out machines that will work in other languages, and continue developing the next version of the XO, which Bender expects will come closer to the $100 mark when it is released in a few years.

Meanwhile, despite OLPC’s turmoil, families are putting the XO to good use. Last March, 20 students in Ban Samkha, a remote, rice-growing village in Thailand, got their hands on the machines—a first for some. They quickly began to use Google, connect with new friends around the world, and monitor local weather to help alert the landslide-prone village when it’s at risk. The Ban Samkha experience serves as a vivid reminder that the OLPC project is worth rooting for.