Sharper Pictures From Your Next Cameraphone 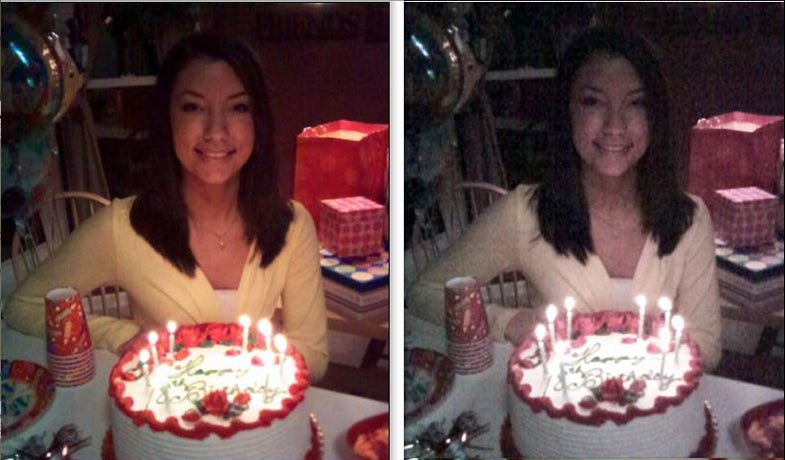 Kodak has invented a new image sensor that the company claims will radically improve photos from camera phones—eliminating the grainy-looking “pixel noise” that is currently taken for granted.

The technology is a little funky, but here’s our best understanding of it…

The pixels in traditional camera sensors give off electrons when light strikes them. The more light, the more electrons. The camera processor measures the flow of electrons to determine how bright the light is on that pixel. In Kodak’s design, light striking the pixels causes them to reverse their electrical polarity. So the more light, the fewer electrons. This sensor measures the lack of electrons, known as “holes” to determine the level of light.

Kodak is also using a new design on top of the sensor. In addition to the alternating red, green, and blue filters over the pixels (used to detect color) Kodak is throwing in pixels with no filters that pick up all the wavelengths of light. Kodak announced this system, called Truesense, months ago; and we’ve been waiting to see where it was going to show up.

All this tech together has several advantages, says Kodak. It makes the pixels 10 times more efficient at converting light into an electrical signal. It cuts by two-thirds a problem called crosstalk—one pixel’s tendency to accidentally detect light from another pixel. And it decreases by thirty-fold “dark current”—background energy that the sensor accidentally picks as a light signal even when there isn’t any light.

Kodak starts shipping the chips out in the springtime, so maybe we’ll see them in super cellphone cams at the end of this year or in ’09.