The company's product road map aims to trim flat screens down to 0.4 inches thick by 2012 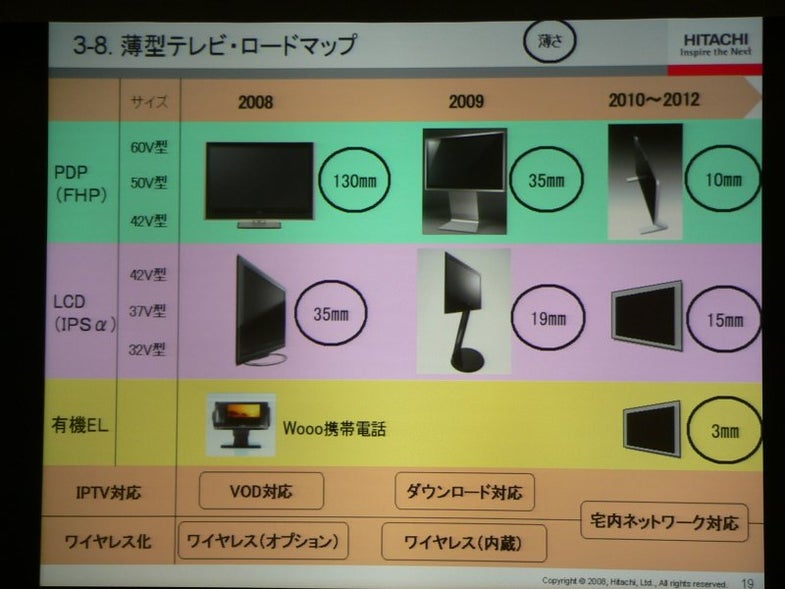 Hitachi, which already sells the world’s thinnest HDTV, has no plans to stop slimming. This week the company announced a product roadmap that calls for sliming its LCDs from 1.5 inches today to three quarters of an inch in 2009 and to 0.6 inches somewhere between 2010 and 2012.

Plasmas will lag at first, getting to just 1.4 inches next year. But they will eventually overtake LCD, reaching as skinny as 0.4 inch. (Competitors like Pioneer [have similar plans](https://www.popsci.com/article/2008-01/pioneer%E2%80%99s-knife-edge-pla/ sma-makes-iphone-look-heifer).)

Hitachi says that plasma has more capacity for sliming since the screen produces its own light and doesn’t need to have a backlight behind it, as LCDs do. Hitachi also hopes to cut plasma power consumption in half—good news, since a 42-inch plasma currently slurps up to 500 watts.
TechOn