Keyboard and Skype Phone in One

Necessity may be the mother of invention, but cutting down on clutter has its place too 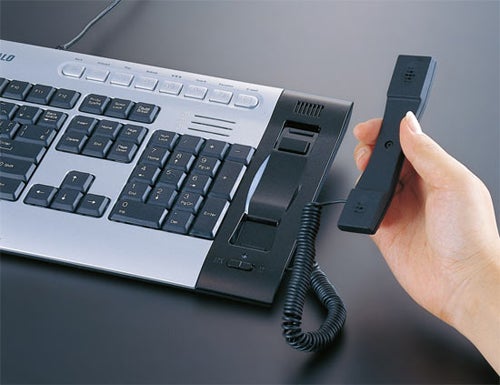 There’s no word on a U.S. date yet, but this October, in Japan, Buffalo is going to release a new keyboard with a built-in Skype phone. The photo grabbed me at first–and not just because the person holding the handset seems to have an alien-like hand, suggesting that this could be extra-galactic technology.

This phone/keyboard meld does seem like such a logical convergence, and a great way of reducing desktop clutter. But it also looks pretty tiny, and if you’re listening to the music, it could get annoying to keep switching between earphones and receiver. A single headset that pipes in tunes and handles your calls still might be the way to go.