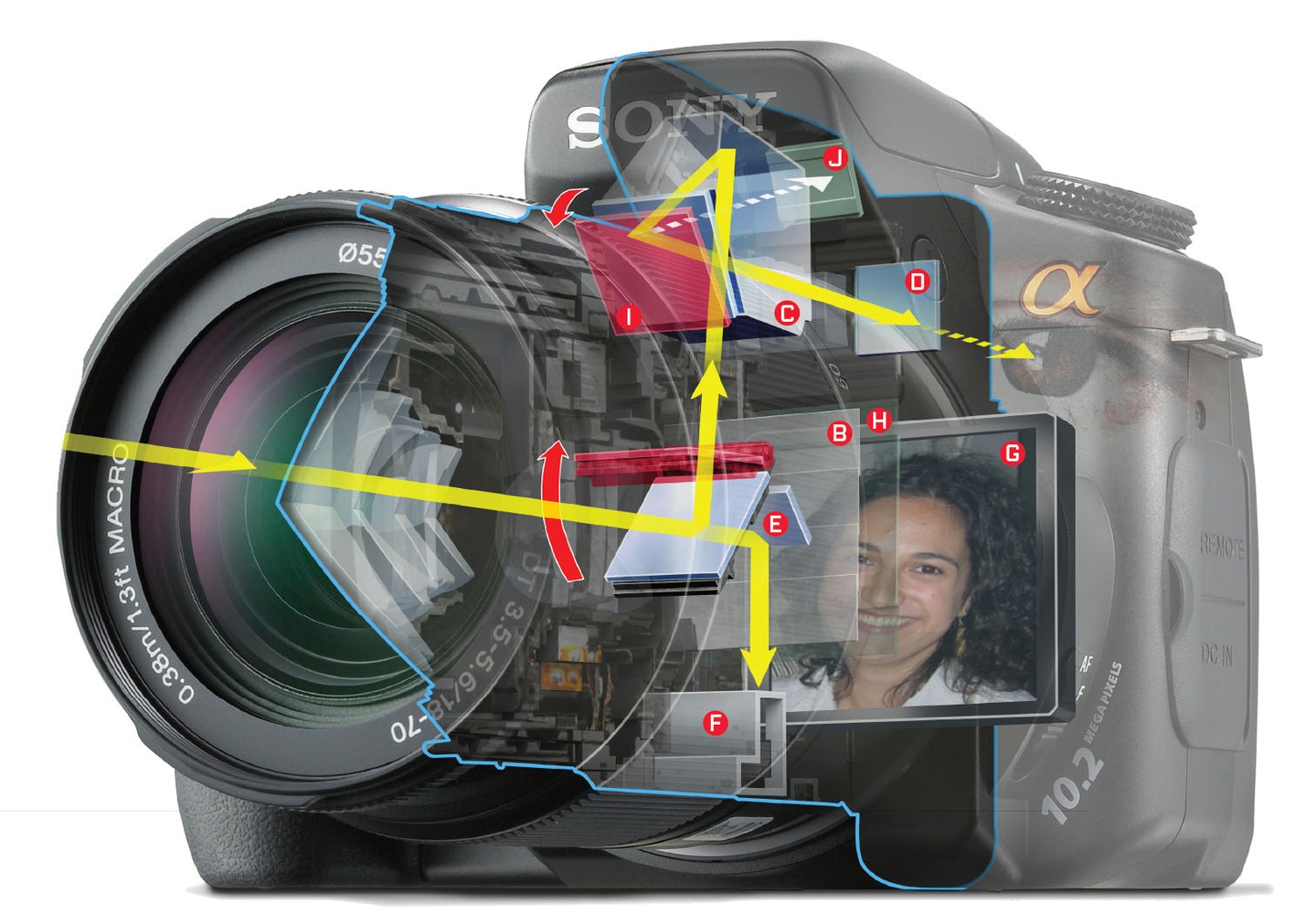 Photo buffs love SLRs because the optical viewfinder shows exactly what the camera sees. But sometimes a point-and-shoot is more convenient. Its LCD is great for framing awkward shots where you can’t get your eyeball up to that little window, such as holding the camera high to shoot over a crowd or low to snap pets. Sony’s new high-end cameras deliver the best of both worlds: an SLR with a fast, accurate digital-preview option.

Other SLRs offer electronic viewfinders, but they work at the expense of the camera’s autofocus mechanism [see “Two Views with One Camera,” below], which slows down shooting. The new Sony Alpha A300 and A350 employ a special sensor in the top of the camera to autofocus and capture images for the LCD at the same time. The extra sensor could also allow Sony to add features, such as face recognition and automatic scene-mode selection, that are currently only in point-and-shoots. After all, even pros want to kick back sometimes and let the camera do the work. 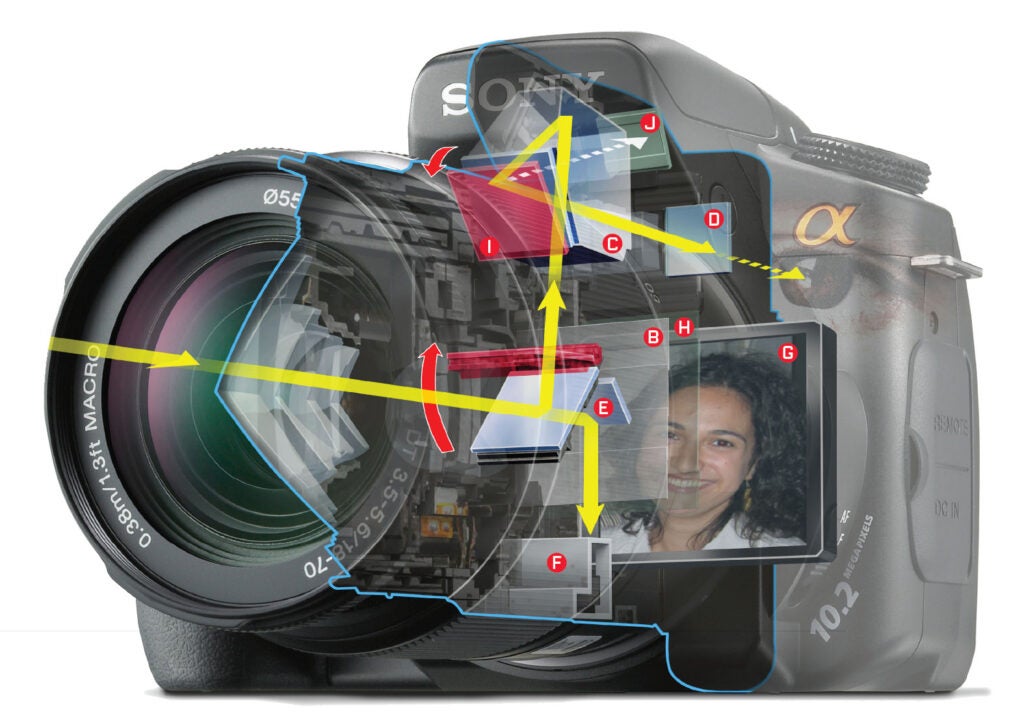 Two Views With One Camera

Two Views With One Camera

Sony’s NEW SLRs shoot just as fast, whether you use the viewfinder or the LCD.

1. To provide a crisp preview of your shot through the camera lens, SLRs use a periscope-like setup. The main mirror [A] in front of the shutter [B] bounces most of the light up to either a prism or a series of mirrors [C] that direct it into the optical viewfinder [D].

2. Some of the light passes through a spot in the main mirror and strikes another mirror behind it [E], which reflects light onto the autofocus sensor [F].

3. This is where the delay typically comes in. To produce an image for the LCD [G], the camera must raise the main mirror and open the shutter to expose the image sensor [H]. But doing that knocks out the focus system. So to snap a photo, the camera lowers the mirror back down to direct light into the autofocus sensor, adjusts the lens, and then raises the mirror and opens the shutter again to actually snap the photo—causing a time lag of about a third of a second.

4. Sony added an extra sensor to speed things up. When you want a digital preview on the LCD, a mirror [I] at the top of the camera simply tilts to redirect light to a small image sensor [J] located just above it, instead of to the viewfinder. That creates the preview. By leaving the autofocus system alone, Sony’s cameras can capture crisp digital previews and snap photos without a delay.