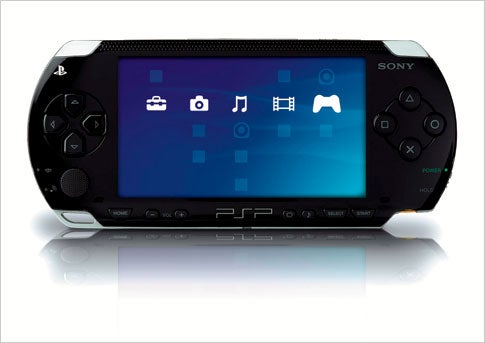 The introduction of Sony’s PlayStation Portable (PSP) was the moment portable game consoles stopped being toys. The PSP is a multimedia powerhouse aimed at gamers and nongamers alike. Smaller than a paperback, it packs a 333-megahertz processor and 32 megabytes of RAM, nearly on par with its larger home-console sibling, the PlayStation 2, and its movie-friendly 16:9 display is the only widescreen currently available on a handheld gaming system.

To ensure that the PSP’s games took advantage of all this power, Sony created the Universal Media Disc (UMD), a sort of miniaturized DVD cartridge that holds 1.8 gigabytes, giving developers an unprecedented amount of space to create the best-looking and most sophisticated games ever made for a portable. But it’s what you can do on the PSP besides play games that really separates it from what came before. Listen to music or watch video from its Memory Stick Duo slot, or surf the Web with its integrated Wi-Fi and browser. Or pop in a UMD of the latest movie (titles are available from most major studios) and use that opulent 16.77-million-color screen for what it was intended: vegging out. $250