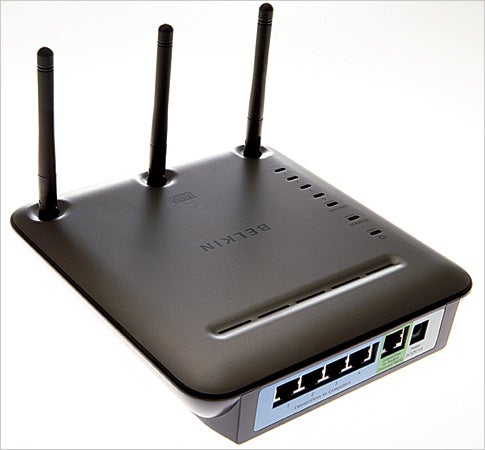 Standard one-antenna Wi-Fi routers are slow because they send out only one
signal that radiates in all directions, bouncing around the room before it reaches your computer. MIMO-short for “multiple input, multiple output”-uses several antennas to simultaneously shoot out numerous data streams at once, doubling or tripling a router’s range and offering speeds of up to 600 megabits per second (today’s Wi-Fi tops out at 54). MIMO will be part of the next Wi-Fi standard, 802.11n, to be ratified in 2007, but Belkin’s Pre-N router was the first of many this year to apply MIMO to 802.11g networks, increasing their speed by up to 600 percent. $160