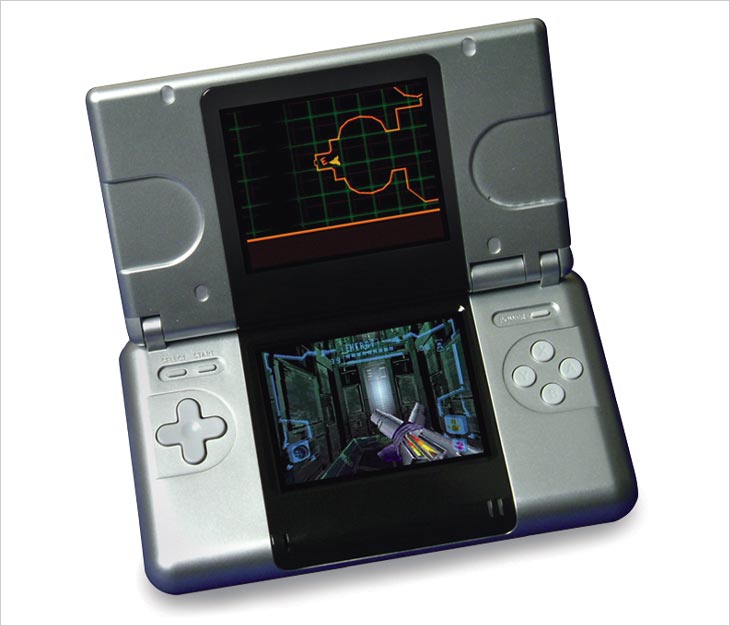 Having sold more than 21 million Game Boy Advances since 2001, Nintendo holds the portable-gaming market in the palm of its hand. But when the company announced this spring that its new handheld console, the DS, has two screens, gamers were confused. On paper, the DS smokes the Game Boy, doubling graphics quality (to 64 bits) and packing 4 MB of RAM (versus an anemic 128Kb). Other goodies: dual 32-bit processors, 802.11b Wi-Fi and a built-in mic. The head-scratcher is that one of the DS’s three-inch backlit, TFT LCD screens is touch-sensitive. How will games use this hardware? In one of the few examples to date, Metroid Prime: Hunters, a player drags a stylus across the bottom screen to move a character and taps to shoot; the top screen shows a map. But stylus-tapping is awkward for gamers used to mashing buttons. “Nintendo will have to temper the touch-screen novelty with actual game play,” says Zelos Group analyst David Hu. Translation: We need more software to go with the curious hardware.